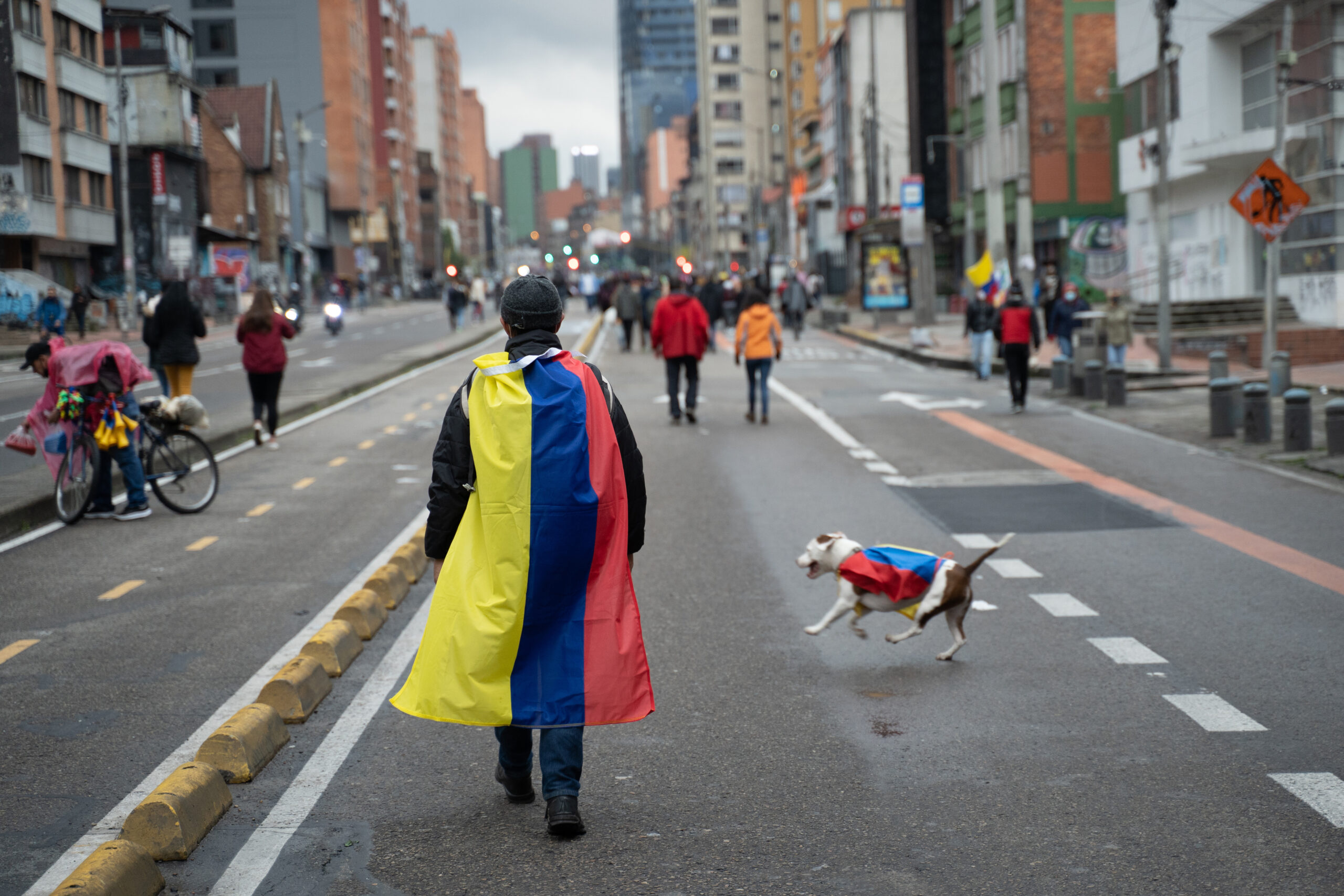 In the context of the ICRC’s protection work in Colombia:

In light of the widespread community self-protection practices employed in Colombia, what, if anything, can international/external actors do to enhance or support these activities? Oliver Kaplan examines this question by focusing on the work of the International Committee of the Red Cross (ICRC) in Colombia, specifically the municipality of El Bagre. His hypothesis is that external support is going to be most effective at “boost[ing]… protection capacities” in cases where communities are already more organized.

After the departure of the FARC rebel group in 2016, El Bagre became contested territory among various other armed groups, with occasional Colombian military presence. Civilians in the area have therefore been subject to insecurity and uncertainty over the years. In El Bagre, village councils, or juntas de ación comunal (JAC), are present but not as robust as they are in other areas of the country. There is also an overarching human rights and peace organization in the area called AHERAMIGUA. The ICRC—well respected and with good access to armed actors, largely due to its practice of neutrality—has worked for over four decades in Colombia, focusing on protection and the implementation of international humanitarian law (IHL).

In March 2017, while traveling with an ICRC delegation in El Bagre, the author conducted interviews with community leaders and ICRC staff and observed a training, a focus group, and a transitional justice meeting. He found that the communities around El Bagre engage in four main protection strategies primarily through their JACs and/or AHERAMIGUA. First, early warning networks facilitate information-sharing between villages to help them avoid getting caught in the middle of violence. Second, communities “promot[e]… pacifist social norms and avoid[ ] contact with armed actors,” in addition to taking other measures to ensure that they are not perceived as collaborating with opposing armed groups. Third, by dialoguing with and/or protesting against armed actors, communities demand that they not harm or infringe on the rights of civilian populations. Lastly, communities have developed investigation procedures for “suspected armed group collaborators” (in order to vouch for those found “innocent”).

Meanwhile, the ICRC engages in two main protection strategies directly or in support of communities. First, through “direct protection,” it engages in dialogues with armed actors to remind them of the requirements of—and consequences of not abiding by—IHL. Second, its “community-based protection” activities involve the provision “safe spaces for community members to meet” for trainings or workshops, the facilitation of “reflection and analysis,” and the linking of communities to authorities or resources. In addition, community members report a deterrent effect of the ICRC’s occasional presence, noting armed actors “stay away” when the ICRC is around.

The ICRC also has key limitations in its work. First, since the ICRC’s focus is on encouraging greater compliance with IHL among armed actors, it can only call on armed actors to “use greater restraint and abide by IHL”—in particular, civilian immunity—but not to end the fighting altogether. Furthermore, the ICRC will not directly intervene in situations of targeted threats (against a particular individual, for instance), in part due to inadequate resources, presence, or information for accurately discerning the nature of the threats. Instead, in such cases the ICRC can assist threatened individuals to move away from the area. Finally, its practice of neutrality can provide greater access to armed actors but also hinders some forms of protection work or engagement with particular community groups deemed too “politicized.”

Ultimately, communities and the ICRC have complementary protection capacities, although with some “protection gaps.” Each “opens up opportunities for dialogue with armed groups” in different ways: “For the ICRC, communities are important sources of legitimacy and communication channels. For the communities, the ICRC provides additional weight and…security and reassurance,” sometimes reaching commanders who can then influence fighters on the ground or facilitating communities’ ability to dialogue with harder-to-influence armed actors like paramilitaries. In addition, as noted above, communities feel safer when the ICRC is present, as its very presence can be protective, and the ICRC’s work on IHL provides a foundation for community advocacy around protection. At the same time, the ICRC looks for strong, well-organized communities to work with, as the success of its work depends on community cohesion—but of course the ICRC’s work is even more necessary in weaker communities (where its work does not have the support it needs). The ICRC itself does not directly promote social cohesion, though this can be a byproduct of bringing together community members for trainings and workshops. Another protection gap arises in the way ICRC presence could actually embolden community members too much, beyond the protection it can provide, or create dependencies.

In sum, the ICRC “enhanced the protection capacity and confidence of local communities, but primarily for more organized ones, expanding the scope conditions under which they could engage armed actors.”