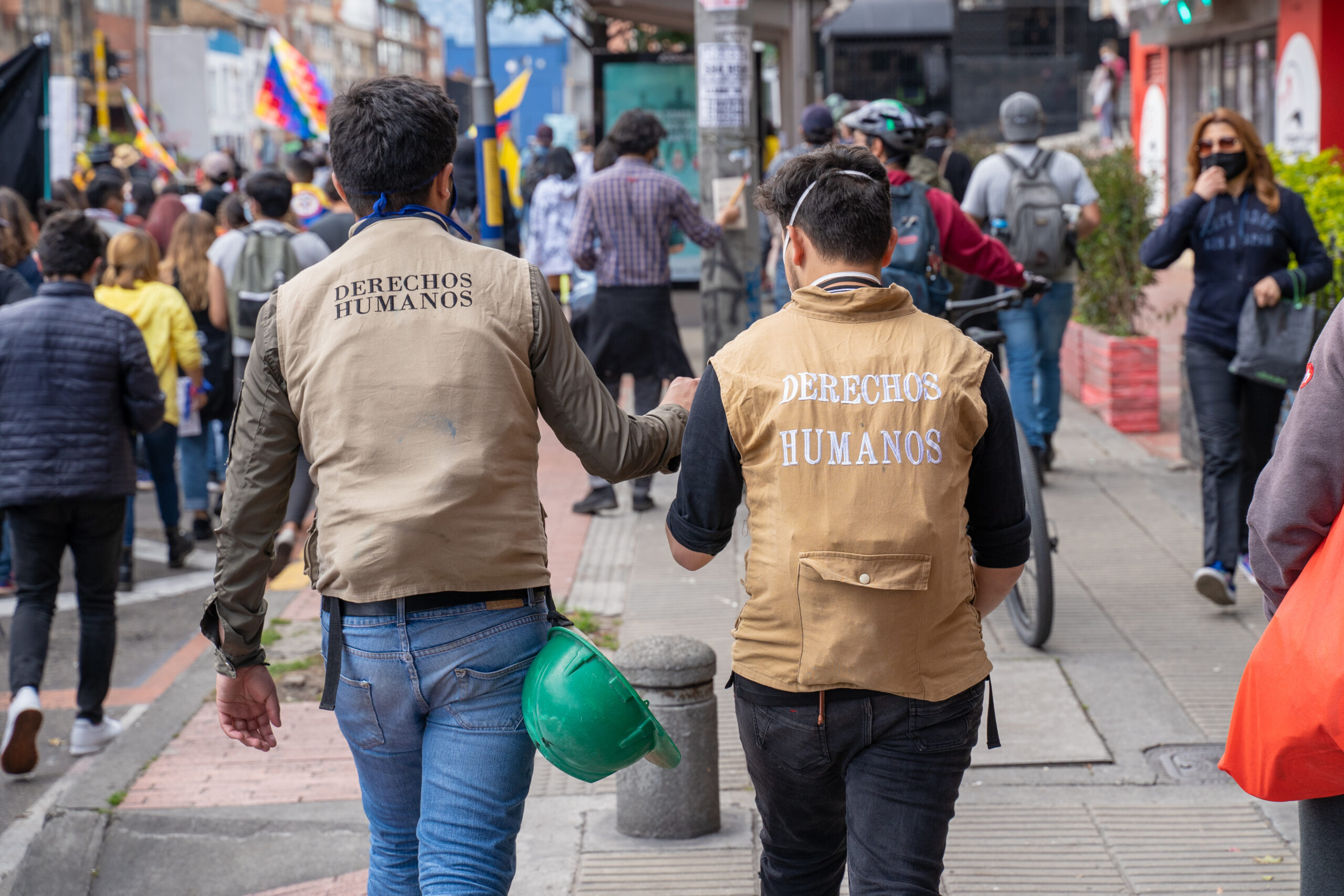 Contrary to mainstream thinking, armed actors are sensitive to more than just the threat or use of violence against them. When contemplating ways to protect civilians in the context of armed conflict, both local communities and external organizations can leverage multiple nonviolent forms of influence in their interactions with armed actors.

These two articles taken together provide a potent reminder that, contrary to mainstream thinking, armed actors are sensitive to more than just the threat or use of violence against them. When contemplating ways to protect civilians in the context of armed conflict, both local communities and external organizations can leverage multiple nonviolent forms of influence in their interactions with armed actors—thereby avoiding the trap of falling back on armed forms of “protection,” which often only end up reproducing insecurity for those they are meant to protect. Even in the context of the Russian invasion of Ukraine, civilians have demonstrated the power of some of these nonviolent approaches to security in interactions with Russian troops, as examples below illustrate.

The first and most prominent recommendation from both pieces of research is for communities to build broad participation and social cohesion in their peace and community protection efforts in order to present a strong and unified voice in interactions with armed actors. Whereas armed actors may be able to easily disregard or even target a handful of individuals challenging their violent behaviors, it is much more difficult for them to write off an entire community expressing its disapproval of these—especially when those armed actors purport to be acting in the interests of that community. For example, in Ukraine during the earlier phase of the invasion, masses of unarmed community members joined together to block the entry of Russian tanks into their towns—a powerful move especially since Russian soldiers were led to believe that they would be welcomed by civilians as liberators. For external organizations, the task is to find ways to support social cohesion efforts in communities where they work, as requested—even if only by providing space or funding.

Second, local communities should do as much as they can to take advantage of—and further cultivate—their social ties with members of local armed groups, while not collaborating with them, in order to create effective forms of leverage for civilian protection. Although the context is somewhat different, as Russian soldiers are not local to the communities where they are fighting, Ukrainians have still been extremely skilled in reaching out to individual Russian soldiers and building on the shared sense of “brotherhood” between the two peoples to urge these soldiers to desert. External organizations who wish to support civilian protection should be mindful to recognize and enhance—rather than sideline or eclipse—similar community protection practices and the local relationships and expertise that make them possible. In some cases (where community links with armed actors are weaker), external organizations who have access to armed actors, like the ICRC, can help create and strengthen these links by facilitating dialogue between communities and surrounding armed actors.

Third, both local communities and external organizations should constantly engage in analysis of the armed actors in the surrounding area so as to better understand their motivations and sensitivities. On whom do they depend for support (both material and moral), and how can those groups—if distinct from local civilian populations—be influenced to put pressure on armed actors to stop harming civilians (through what Galtung calls the “great chain of nonviolence”)? In what ways do armed actors depend on local civilian populations in particular—for security? for income? for political legitimacy?—and how can any of these be exploited to influence armed actors to respect civilian demands for autonomy and safety? What are the ideologies or values that animate their call to arms, and how can these be leveraged through the use of “rhetorical traps” or otherwise to get these armed actors to respect civilian immunity (or stop fighting altogether)? For instance, Ukrainian communities could find highly symbolic ways to demonstrate that they are not Nazis and/or that they condemn neo-Nazi groups operating in Ukraine, as “fighting Nazis” has been a rallying cry for the Russian military.

Finally, local communities can assess whether bringing in external organizations would provide greater protection, especially in cases where armed actors are sensitive to outside attention and their national or international image, and then draw on those organizations’ strengths to complement their own. For their part, external organizations, beyond following the lead of local civilians in protection efforts already underway, should take stock of their own values, principles, and organizational identities to see what advantages but also disadvantages these entail—and then find ways to coordinate with community members and/or other organizations to take on different roles depending on these capacities. For instance, the ICRC’s commitment to neutrality provides it with increased access to armed actors but also holds it back from certain activities, so it should find ways for other like-minded organizations to take on these roles it cannot fulfill, lest it damage its reputation for neutrality. [MW]