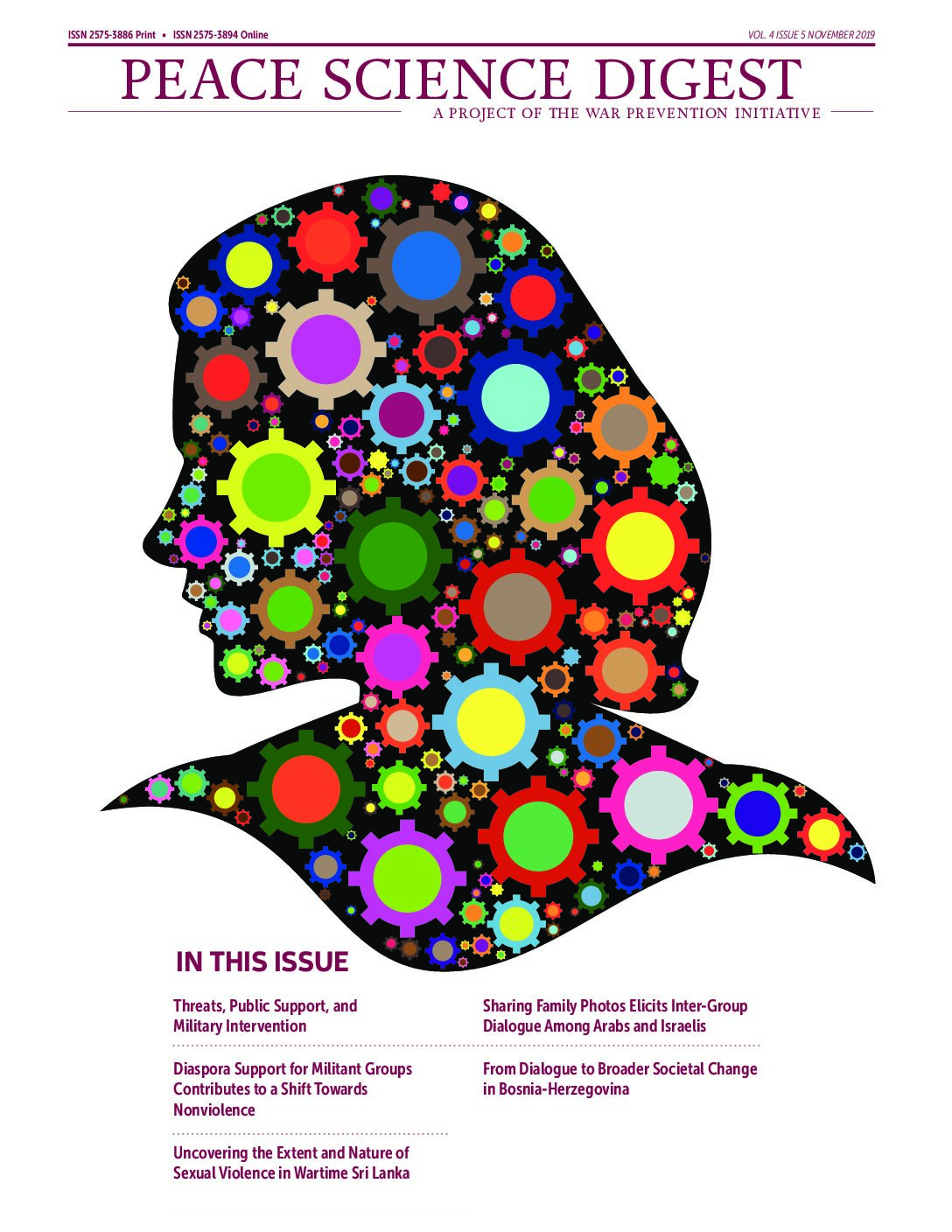 What people believe matters. It matters, most crucially, to decisions about how to act. We all must make sense of the world before we can act in it and on it. Is it possible to shift beliefs, particularly those that condone the use of violence or embrace exclusionary or dehumanizing ideals?

What people believe can also have real consequences on policy. As noted in “Threats, Public Support, and Military Intervention,” beliefs about threats—and what constitutes an appropriate response to them—can shape decisions to participate in military intervention. In the case of militant groups (“Diaspora Support for Militant Groups Contributes to a Shift Towards Nonviolence”), beliefs about the best tactics and strategy to use in pursuit of their goals can be influenced by diaspora support. Finally, beliefs about who was victimized by sexual violence in war can have implications for accountability mechanisms, as well as for victim support and civilian protection efforts going forward. In “Uncovering the Extent and Nature of Sexual Violence in Wartime Sri Lanka,” a novel research method challenges our preconceptions about who the primary victims were.

Peace science offers insights into how some interventions can instigate a change of beliefs. In this issue, we feature two articles that show how facilitated dialogue can be used as a tool to transform beliefs and have those beliefs translate into concerted action against exclusionary policies. In “Sharing Family Photos Elicits Inter-Group Dialogue Among Arabs and Israelis,” the author brought together a group of Israelis and Palestinians and used an educational technique called photo-monologues to encourage the group to find commonalities and break down barriers among them. In “From Dialogue to Broader Societal Change in Bosnia-Herzegovina,” participants in a dialogue program built on the trust and understanding developed there to engage in joint activism in their communities—in particular, activism aimed at overcoming institutionalized ethnic divisions.