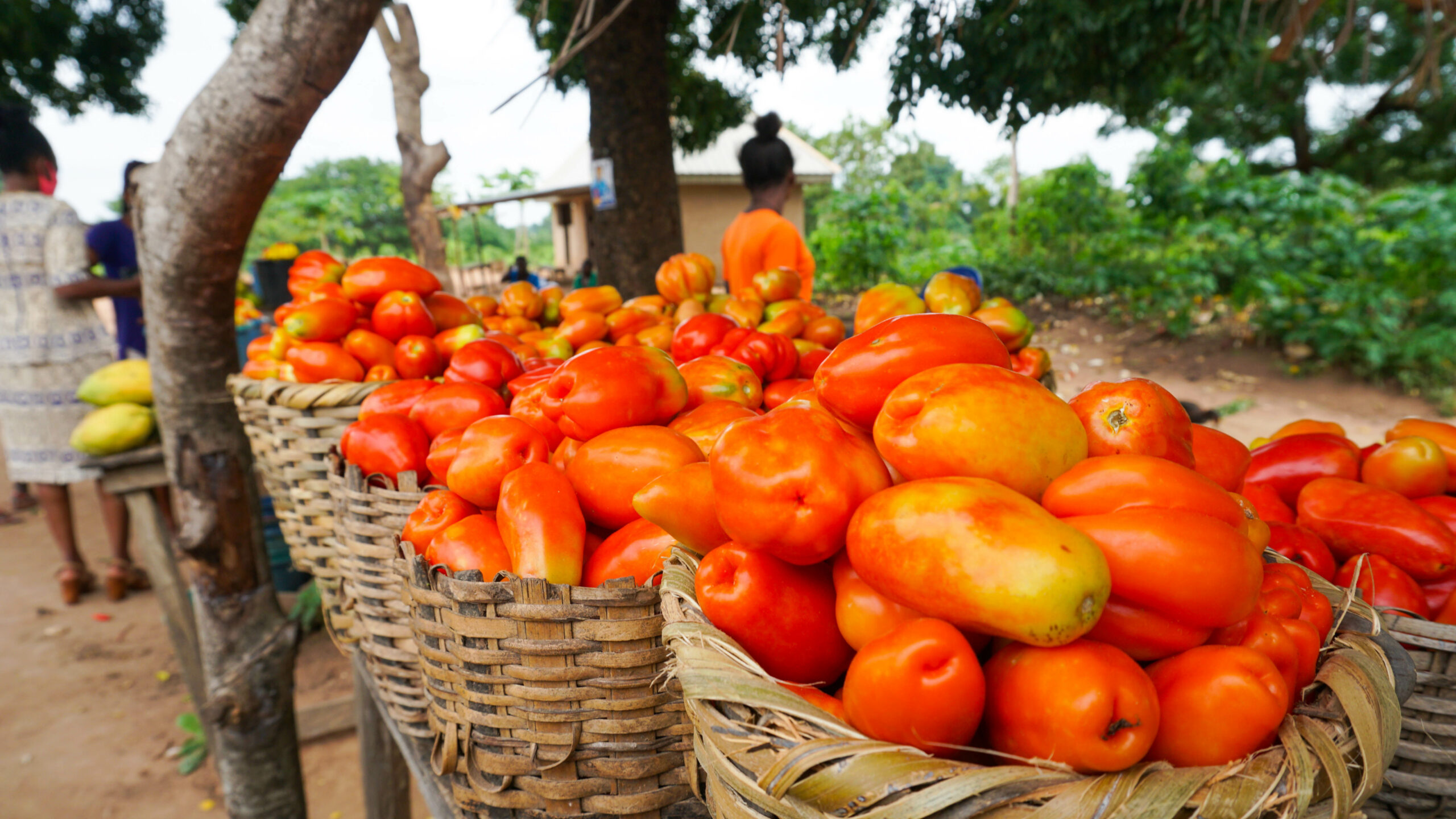 In the context of violent communal conflict in Jos, Nigeria:

Jos, a city in central Nigeria, faced surges in ethno-religious violence in 2001, 2008, and 2010, all animated by political grievances mapped onto ethnic and religious differences. Yet, one mixed neighborhood in Jos, Dadin Kowa, withstood the descent into violence during each of these crises. Furthermore, since the 2010 crisis, Jos as a whole has “remained calm.” Jana Krause seeks to examine what accounts for this absence of violence in certain areas and during certain times in the context of regularly occurring violent communal conflict. The author argues that civilian agency, in the form of “local violence prevention and peace programs,” accounts for these spaces and times of peace amidst violence. Further, she argues that “civilian agency is gendered” and explores how different norms of masculinity and gender relations operate to shape violence or nonviolence.

In many parts of the world, becoming a breadwinner in order to provide for one’s wife and family epitomizes real manhood. When young men are unable to fulfill this masculine ideal due to the lack of employment opportunities, as is the case for many young men in Jos, they may find other ways to prove their masculinity, often through violent or militarized forms of masculinity. It is possible, however, instead to formulate and adopt alternative nonviolent masculinities, but to be appealing they must be upheld and supported by those in the surrounding community—especially other male peers but also, critically, women.

Central to the author’s argument is the assertion that fighters in communal conflicts remain embedded in their communities, as opposed to fighters in civil wars who leave their homes and families to fight as part of rebel groups. In civil wars, “rebel group ideologies and command structures shape notions of masculinity and femininity,” as well as the types of violence encouraged or discouraged. In communal conflicts, by contrast, “everyday gender relations and notions of masculinity and femininity may shape mobilization for fighting more directly,” with “family and community members” having much more influence on decisions to fight or not. Therefore, the author expects “a strong link between everyday gender relations and mobilization for or against communal violence.”

The author examines violence and nonviolence in three different contexts: the mobilization to violence in violence-prone neighborhoods of Jos (in 2001, 2008, and 2010), the absence of violence in the Dadin Kowa neighborhood during these moments of violent mobilization elsewhere, and the absence of violence in violence-prone neighborhoods for several years after 2010. Drawing on interviews conducted from 2010 to 2015 with various stakeholders in Jos, including former fighters, the author explains violence or nonviolence with reference to different norms of masculinity and gender relations. First, she finds that violence was made possible in violence-prone neighborhoods through the pre-existence of “everyday violence networks,” consisting of “thugs, gangs, and vigilantes” whose ranks are filled with men who have adopted violent masculinity “to access respect, resources, and status.” In these contexts, violent masculinity was not challenged and was largely reinforced by the broader community, including women who would often encourage their husbands to “do something” in response to rumors of attacks by the “other side.”

By contrast, in Dadin Kowa, community leaders ensured that vigilante and other armed groups never formed in the first place and also refused collaboration with external armed groups wishing to enlist support in their attacks against the other ethno-religious community. Community leaders—and, importantly, women—cultivated and upheld ideals of nonviolent masculinitythrough respect-building and public praise for young men who “promoted nonviolence for community protection and kept at-risk youth under control,” characterizing them as “strong men who could resist provocation.” Nonviolent masculinity was also reinforced through the nonviolent resolution of everyday community conflicts. At the same time, women in Dadin Kowa—especially market women—maintained “close communication and rumor-control across the religious divide,” as well as a sense of common identity as “people of Dadin Kowa” rather than as exclusive ethno-religious identities. They also capitalized on perceptions of women as “non-threatening” to engage in shuttle diplomacy between different groups in crisis moments.

Finally, the post-violence peace that emerged after 2010 is widely credited to NGO-led peace initiatives. These initiatives brought individuals—often former fighters—from both sides together in dialogue to hear each other’s stories and build relationships—and, in the case of Muslim and Christian women, to remind themselves that it was partly their responsibility to influence their sons and husbands away from violence. The transformation of former fighters into peacemakers through a network called Flashpoint Youth—and the adoption of a restrained violent masculinity—led to a tenuous truce, “based on their previous reputation for extreme violence and their ability to control other men,” as well as the trust and personal relationships built among themselves. Also key to this transformation was the development of a newfound skepticism of violence, understanding it as a vehicle for elites to manipulate young men rather than as a source of empowerment.

Different norms of masculinity, therefore, and the broader community’s cultivation of these, as well as women’s roles in encouraging or mitigating violence, significantly influence whether a community will mobilize for violence or resist participation in violence amidst communal conflict.

When surrounded by violence in one’s community, it is difficult as a regular civilian not to feel completely disempowered and subject to the whims of the armed actors in one’s midst. This research, however, reminds us of the power that regular people have to shape the norms—particularly gender norms and relations—in their communities and thereby profoundly influence the possibilities for violence prevention. Because gender norms operate at such a deep level, their ability to inform behavior usually escapes notice. However, precisely because gender so fundamentally constitutes a sense of self and because masculinity is so highly valued in most contexts, the desire of young men to express and receive validation for the expression of their masculinity can become a strong motivation for action. The question is how community members can cultivate norms of masculinity that value nonviolence rather than violence, so that men seeking validation for their manhood pursue the former rather than the latter. The significance of community norms focuses attention on seemingly little things like how young women respond to slights against their male friends or partners and how male strength is characterized—as violent retaliation or as the fortitude to withstand provocation and/or deescalate violence. (For an example of the latter, see Chicago’s Watch Guard in the Bronzeville neighborhood and the six-week program they developed last year for young men, teaching them to be “community stewards,” building their “self-discipline and self-care,” and developing their ability to deescalate violent situations.) In reshaping norms of masculinity, it is also important not just to take away the allure of violent masculinities but to replace them with meaningful, alternative forms of masculine identity. Here, the draw of a perpetrator-turned-peacemaker identity (such as former neo-Nazis who commit to helping others leave violent extremism behind) becomes apparent, as such individuals acquire a new purpose: to influence other young (mostly) men away from violence.

Furthermore, this research reminds women in particular of the power that comes, counterintuitively, from leveraging traditional gender norms—that may represent them as apolitical, peaceful, non-threatening mother figures—towards violence-prevention ends. This has been a politically potent move everywhere from the Madres de Plaza de Mayo in Argentina to the Women’s Mass Action for Peace in Liberia to Mothers Against Senseless Killing (in Chicago). Women often have greater mobility in spaces where men might be perceived as threatening, can create links and a common identity with women on the “other side,” and can use their image as society’s mothers both as a source of protection in public spaces and as a means to build unlikely relationships and therefore influence with armed actors (who may be their actual or figurative sons and husbands).

In other words, noticing the work gender norms and relations do in either mobilizing participation in or resisting violence provides us as community members with a new set of access points and nonviolent strategies for preventing violence and creating security in our communities.