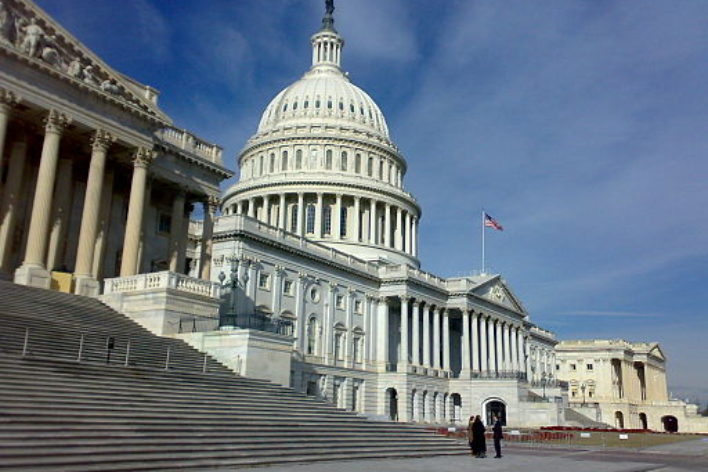 In the context of the 112th U.S. House of Representatives:

There are numerous explanations for military spending­­­­, including the influence of international arms races, budgetary trade-offs and economic effects, public opinion on the military, and the military industrial complex. Carlos Seiglie and Jun Xiang present a novel explanation for military spending that focuses on legislators’ preferences. By examining roll call data from the 112th U.S. House of Representatives (2011-2013), they find that legislators’ party affiliation and the demographics of their districts account for differences in the legislative vote on military spending.

The authors ran a series of statistical tests to see which factors were most closely associated with legislators’ preferences on military spending. Variables included legislators’ personal attributes (such as their party affiliation, gender, and former military service); the military industrial complex (measured by the existence of a military installation or arms manufacturer in their district and contributions from defense industry interest groups); district demographics (the percentage of veterans and college educated voters, as well as the unemployment rate); and public opinion (measured by survey results that calculated “the percentage of district voters that favor a military spending cut to reduce the deficit”).

Initial tests showed that party affiliation correlated most closely with differences in legislators’ votes on military spending. Democrats were more opposed to military spending than their Republican colleagues. This is not a surprising finding if one looks at the vote for the National Defense Authorization Act during the 112th Congress: The overall vote was 299 in favor, 120 opposed, with 104 Democrats and only 15 Republicans among those opposed.

Further, the demographics of a legislator’s district exerted a strong influence on their voting record. Districts with a higher percentage of veterans and a lower rate of unemployment were more likely to support military spending. Districts with higher education rates, however, were more likely to support military spending cuts. Interest group contributions also increased the likelihood that a legislator would support military spending but did not appear as influential as party affiliation or district demographics. Interestingly, the presence of military installations or arms manufacturers in a district and public opinion did not appear to be influential. These findings were then confirmed after additional testing.

By focusing on the influence of domestic politics on military spending, this research reveals new pathways for countering seemingly limitless increases in the defense budget.

First, given the link made by many (but especially Republican) legislators between military spending and national security, a key pathway to limiting military spending is to question this link. While legislators may support increases in military spending to signal strength or security to voters—the sense that something can be done in the face of external military threats—it is not clear that more military spending will actually help mitigate these threats. For instance, in the wake of Russia’s invasion of Ukraine, calls to increase military spending may appeal to U.S. voters and help legislators gain political support—even though the U.S. has (wisely) stated that no U.S. troops will be sent to Ukraine. With already high rates of military spending in the U.S. and a strategy to avoid a military campaign in Ukraine, it is unclear what the added value of additional military spending would be to addressing the crisis, especially with evidence that half goes to private defense contractors anyway. In this case, increasing military spending may appeal to voters simply because it gives the impression of doing something, while benefiting the interest of defense contractors—all of which is driven by domestic political considerations (in an election year no less). Furthermore, even more critically, high military spending—and the militarization of conflicts and relationships that it creates—can exacerbate the very security threats it is meant to mitigate, while also actively undermining opportunities for collaboration or diplomacy (in areas like climate change or nuclear weapons). In short, we must amplify the too-few voices in Congress questioning the necessity of massive amounts of military spending to national security—as well as highlight the fact that the Pentagon has repeatedly failed audits since 2017.

Increasing military spending without clarity on the nature of genuine security threats and how military spending will actually address these, without budgetary accountability to avoid corruption and waste of public funds, and without recognition of the negative effects of such spending actually makes us less secure. It hampers our ability to solve problems—especially problems that pose an existential threat (like pandemics or climate change). [KC]

The Costs of War Project: https://watson.brown.edu/costsofwar/