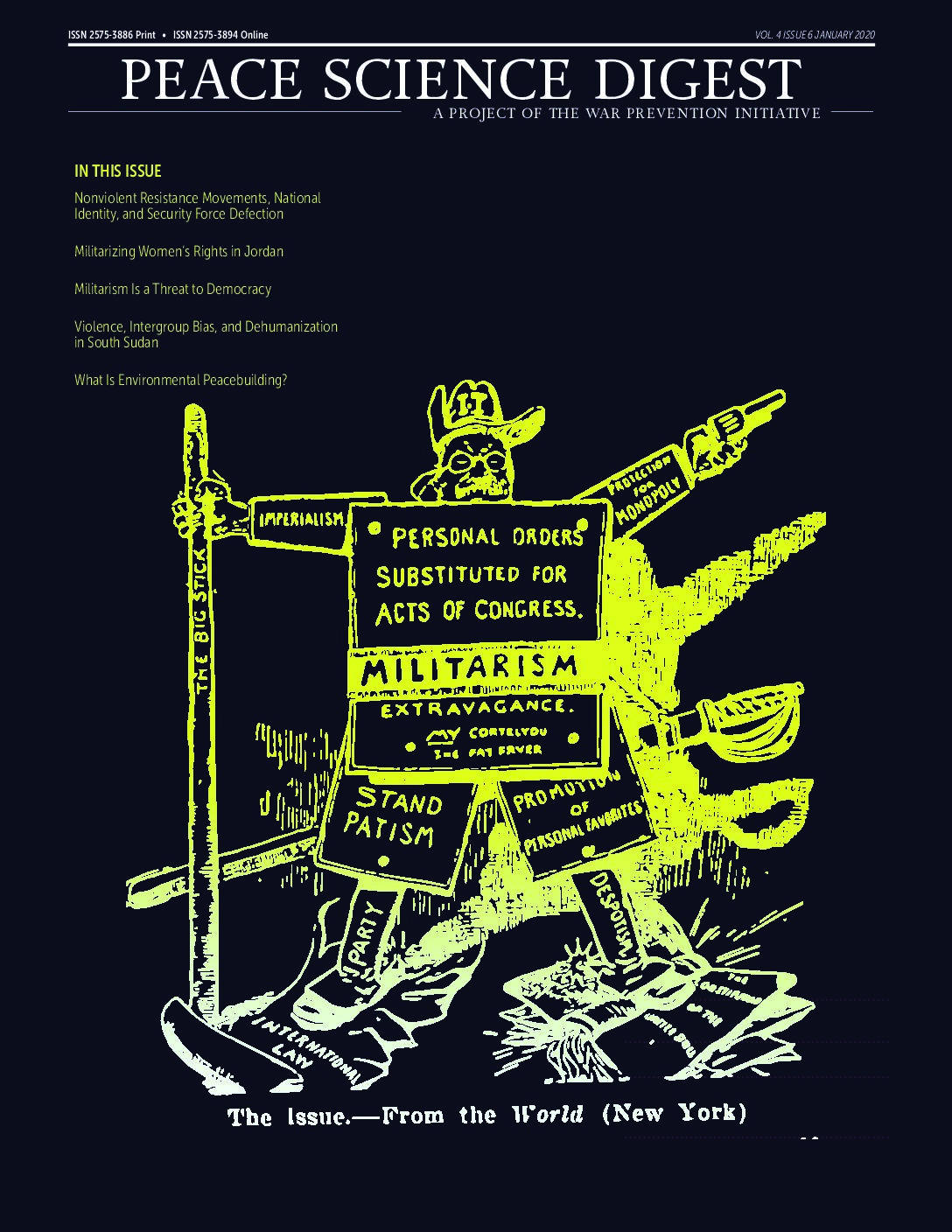 As of January 2020, The U.S. and Iran have walked back from the precipice of war. The recent escalation underscores the prevalence of militarism, especially here in the U.S.—and why the work of the Peace Science Digest in countering militarist narratives is so urgently needed. In particular, our first task is to make visible the militarist narratives that inform policy choices and are often accepted as “truth” without any further interrogation. For instance, in assassinating General Suleimani, the Trump administration was operating under the assumption that the most effective way to prevent and/or deter threats to U.S. national interests is to kill those responsible for such efforts. That assumption seems self-evident from a militarist perspective. Yet, upon further examination, even the administration’s own actions to move more troops to the region after the drone strike in question indicates that prevention or deterrence was not the expected effect. The expected effect was actually retaliation. In other words, militarist thinking is so deeply engrained that even blatant evidence contradicting its tenets sometimes fails to sway people’s baseline assumptions about the presumed effectiveness of military action.

While revealing the flawed nature of militarist thinking is our first task, the second is to publicize and make accessible research that points towards a different set of policy options and practices that can better meet the needs of people around the world who might otherwise be victimized by war and other forms of violence. The collection of research presented in this issue fulfills both of these tasks. Two pieces of research examined here clarify the negative effects of violence and broader militarism—whether exacerbating intergroup perceptions and relations (in South Sudan) or damaging democratic institutions and processes (in OECD countries). The other three highlight approaches to overcoming direct and structural violence and building peace with justice: how to make nonviolent resistance movements more effective by harnessing national identity; how to navigate a militarist world while securing women’s rights, however imperfectly; and how to use resource conflict as an opportunity for peacebuilding.