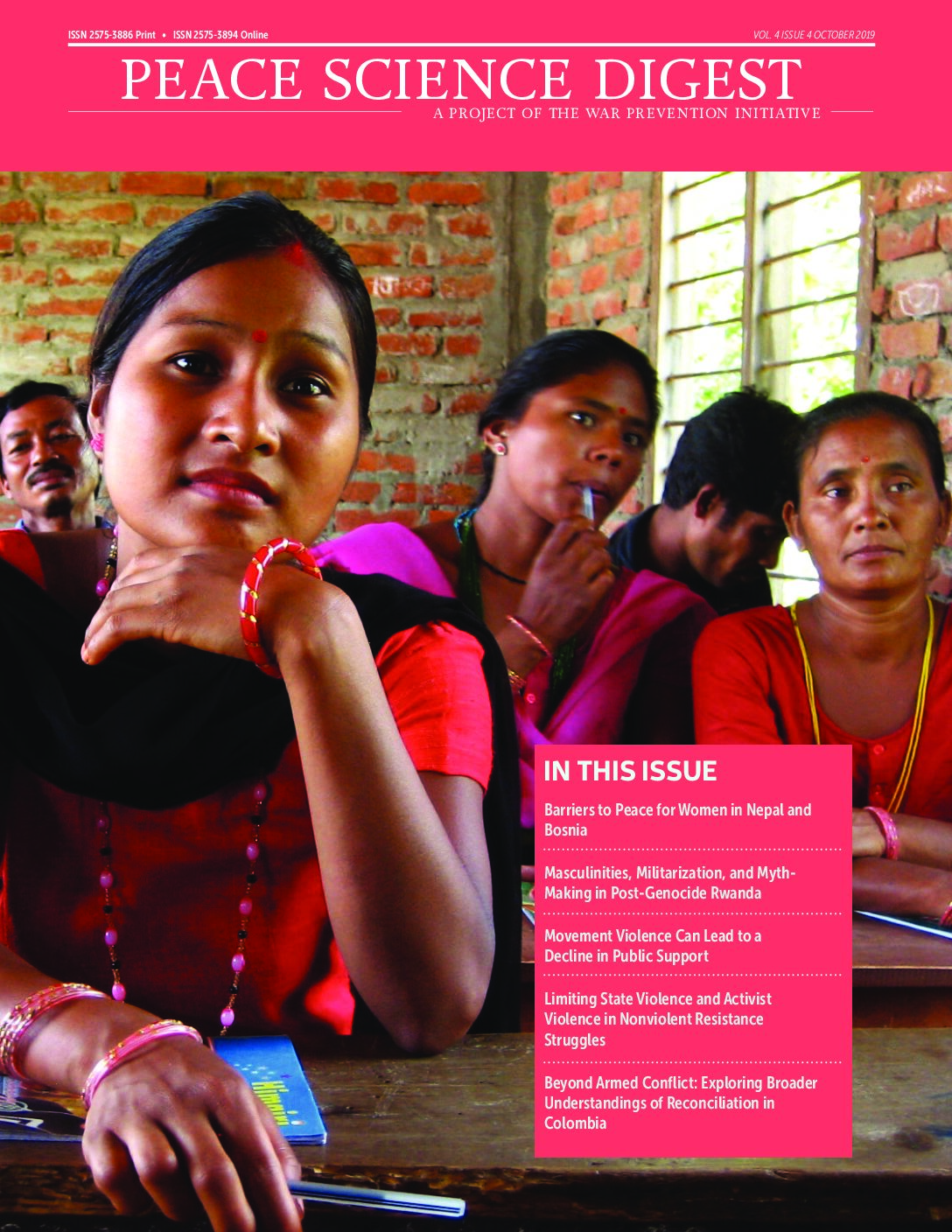 We are witness to transformative change in our society, both in the United States and around the world. Civil resistance and broader protest movements are shifting social norms and policies, from the March for Our Lives on gun reform to the #MeToo Movement calling out the global scale of sexual assault. Sustained civil resistance movements in places like Hong Kong and Sudan are challenging existing power structures and calling for more democratic and representative systems of government. In particular, these examples demonstrate the power of nonviolent resistance—a deliberate and effective choice and vehicle for social change.

Two articles featured in this issue of the Peace Science Digest focus on nonviolent resistance movements. The remaining articles featured here take us to Nepal, Bosnia, Rwanda, and Colombia—all countries emerging from armed conflict and rebuilding their societies to achieve sustainable peace. Each article reveals a different component of building peaceful societies.