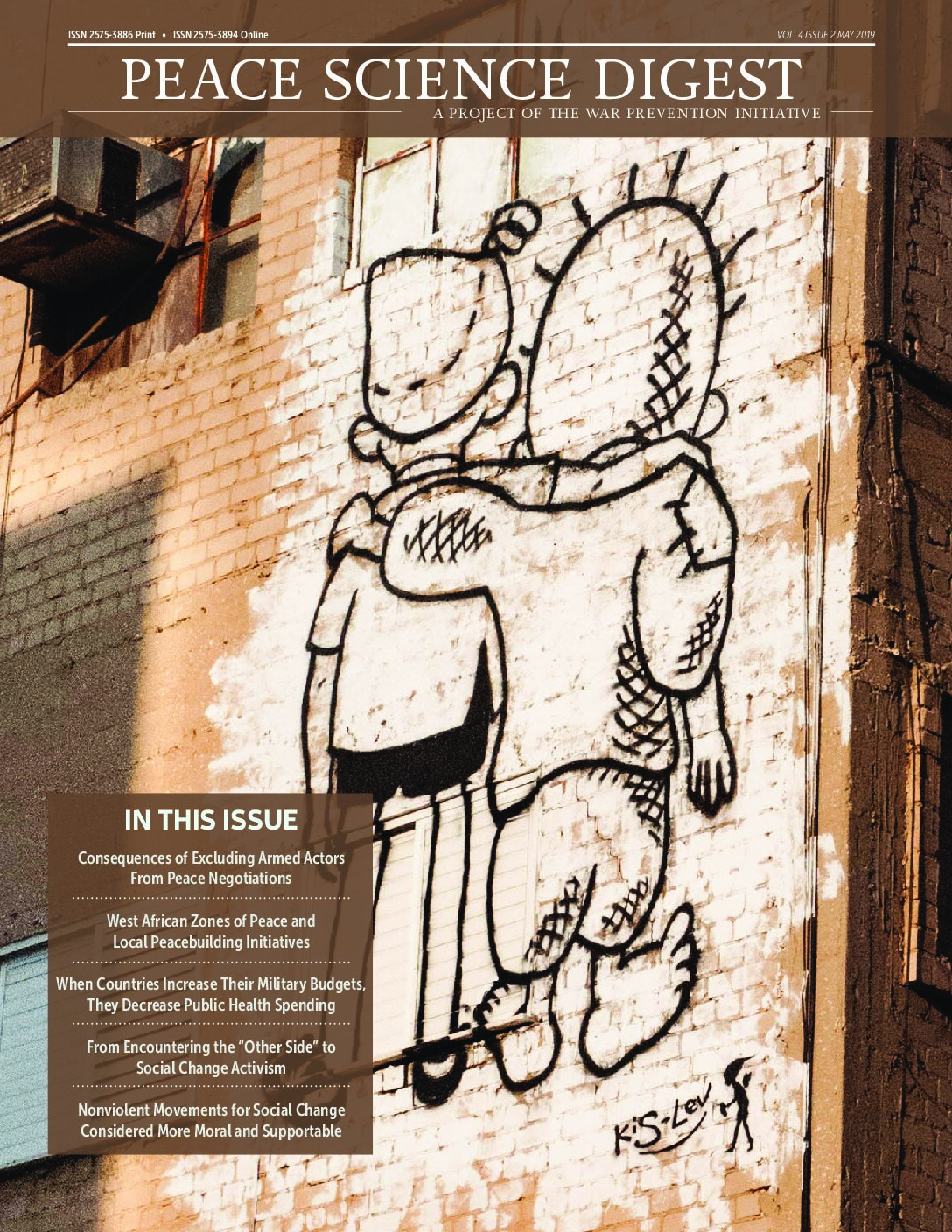 In this issue, some of the articles focus on intractable conflicts, like the Israeli-Palestinian conflict, or civil wars of the recent past, like Sierra Leone or Côte d’Ivoire. While conflict is persistent in these settings, there are examples of peacebuilding at the interpersonal and local levels. The choice between violence and nonviolence is highlighted in two other articles, though in quite different contexts. Research conducted in Iran finds that nonviolent resistance garners more support than violent resistance does even after the previous failure of a nonviolent movement. Other research reveals that the inclusion of armed groups in negotiations can move them away from the use of violence, while their exclusion makes a return to violence more likely. Additionally, national governments continue to play a powerful role in shaping outcomes for peace and security, from decisions about whether to participate in negotiations with armed groups to decisions about how much to allocate towards defense spending.