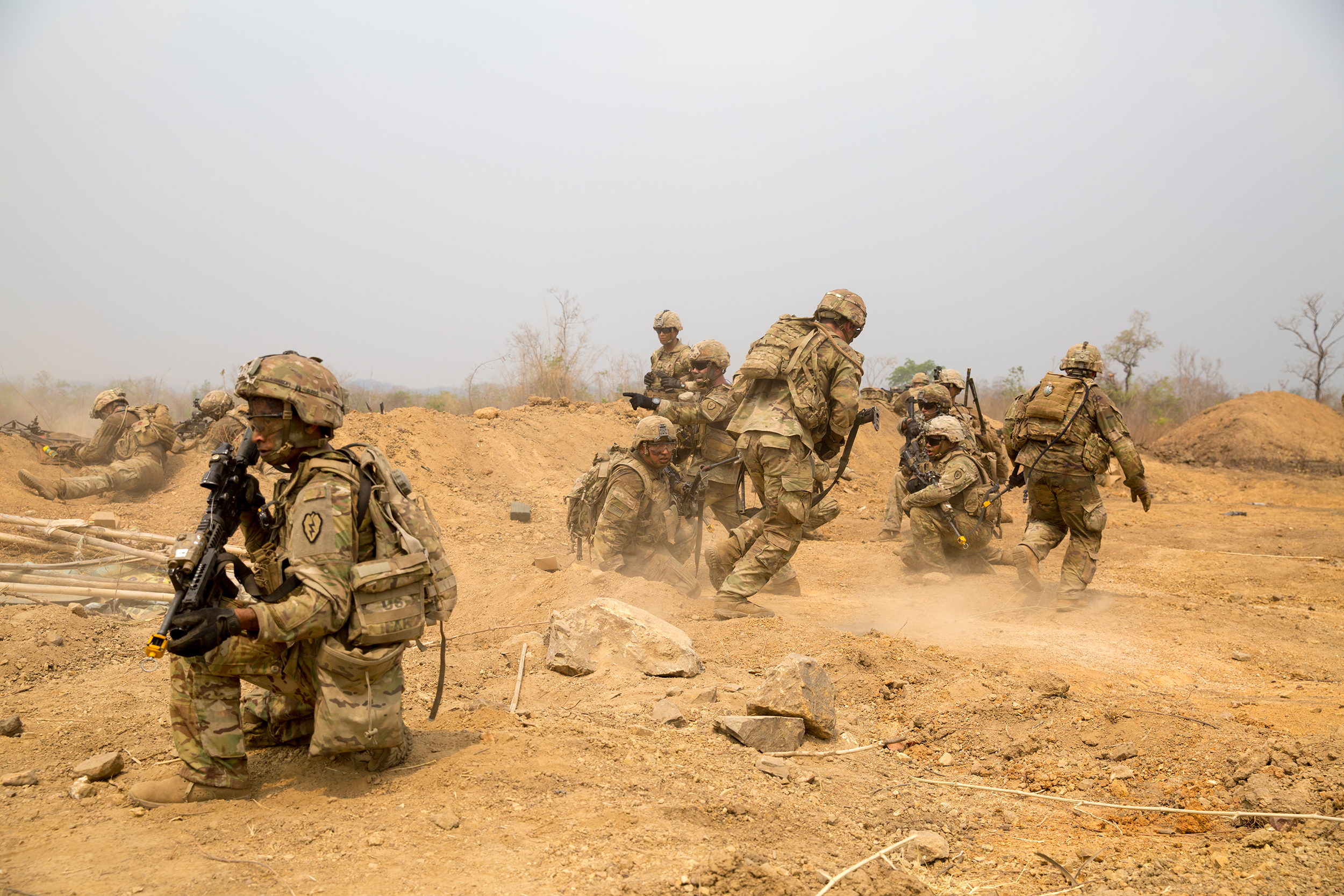 This analysis summarizes and reflects on the following research: Wegner, N. (2021). Helpful heroes and the political utility of militarized masculinities. International Feminist Journal of Politics, 23(1), 5-26.

In the context of Canada’s military participation in the War in Afghanistan:

Over twenty years since the War in Afghanistan began—a war whose goals ultimately remained elusive—it is critical that we examine the conditions that made its violence possible. Nicole Wegner engages in this task, asking, “What role does gender play in legitimizing the use of violence in the Global War on Terror,” particularly Canada’s military violence in Afghanistan? More specifically, she identifies and investigates the deployment of a particular form of militarized masculinity—the “helpful hero”—to show how it facilitated Canada’s military engagement in Afghanistan (2001-2014). Interested not only in what form militarized masculinity took at the time but also in how it functioned politically, she argues that the “helpful hero” image helped “smooth over” the contradiction of Canada as a “peacekeeping” nation engaged in “a decade-long, combat-intensive military intervention.” This representation of soldiers as “helpful” provided the military intervention with moral justification but also served a political purpose by “obscur[ing] Canada’s complicity in the extensive conflict violence in Afghanistan.”

Although militarized masculinities vary across contexts, the “warrior” ideal type—characterized by strength, rationality, toughness, combat skills/capacity, and so on—has remained dominant, becoming the referent for, and creating hierarchical relations between, different forms of militarized masculinity. Along with its dominance comes the celebration of combat as the supreme manifestation of masculinity in the military. The “peacekeeper” is a contending form of militarized masculinity, associated instead with “impartiality, sensitivity, compassion, and empathy.” But because the warrior archetype and its focus on combat have remained dominant, and traits associated with peacekeeping are commonly associated with femininity, peacekeepers have often “felt frustrated by their inability to ‘prove’ their masculinity.”

With this in mind, the author proceeds as follows. First, she considers the context out of which the “helpful hero” ideal emerged. Second, through her analysis of the official representations of this ideal—in reports and brochures, images, and recruitment videos produced or compiled by the Canadian government (including the Canadian Armed Forces [CAF] and Department of Veterans Affairs)—she examines the functions it served in the context of Canada’s participation in the War in Afghanistan.

First, the ”helpful hero” ideal emerged out of a particular historical and political context, both domestically and internationally. Domestically, there had been an ongoing disagreement over the ideal role and image of Canadian soldiers. For years, Canada had cultivated a “national myth of Canada-as-peacekeeper,” with soldiers represented as rescuing those in need, providing humanitarian aid, and monitoring peace agreements. Despite the popularity of this peacekeeping image with the public, Canada’s military long had problems with it, feeling it “emasculated” Canadian soldiers and therefore the country itself. By the 2000s, political leaders had joined military leaders in their desire to “re-masculinize the image of the military,” using Canada’s involvement in the War in Afghanistan to do so. Internationally, in the new context of the “Global War on Terror,” Canada was concerned about appearing “weak” to military allies like the U.S. Therefore, political and military leaders were motivated to find a way to prove Canada’s warrior credentials—and therefore be taken “seriously”—on the international stage, while also addressing the concerns of a “combat-averse public” who preferred for Canada to embody the peacekeeper role. The author argues that the development of the “helpful hero” image of the Canadian soldier—which drew on both warrior and peacekeeper ideals with the image of a “soldier who was combat capable, but yet still altruistically helpful”—was a way to “smooth over these tensions.” This particular combination, while resolving political tensions within Canada, also responded to the practical requirements of counter-insurgency in Afghanistan, which relied on combat but also winning local “hearts and minds.”

Second, the function served by the “helpful hero” image was to obscure the actual military violence of Canada’s presence in Afghanistan and thereby legitimize their involvement in the war. The author discusses the common representation of Canadian soldiers as “helpful heroes” in CAF images and narratives: Soldiers are engaged in helpful activities (carrying a wounded child, vaccinating community members, building a dam) but appear “capable of lethal force” through the combat-ready uniforms and high-tech gear they are wearing. They are never depicted actually engaging in combat, however. These representations “signal[ed] [CAF’s] warrior capacity” while emphasizing soldiers’ helpfulness. They also made the relationship between CAF military violence and the presence of wounded noncombatants invisible, showing victims as “recipient[s] of help by Canadian soldiers” but not the “potentially unhelpful” impact that the CAF had on Afghans more broadly. The emphasis on soldiers’ helpfulness—while simply suggesting their capacity for combat rather than depicting it—lent the Canadian military’s presence in Afghanistan “moral authority” that provided it with legitimacy. It also “obscur[ed] and sanitiz[ed] the CAF’s complicity in violence and destruction”—not to mention Canada’s broader participation in imperial projects, including its treatment of Indigenous nations through colonial settlement.

Military violence doesn’t just happen. It requires military hardware but also willing participants and political support. Both of these latter elements are granted by human beings who need to make sense of and feel good about either their actual participation in or tacit support of military interventions. Therefore, those intent on mobilizing a population for war must frame what is going on in a way that galvanizes the public—and gender is a powerful tool in this effort, as it is a potent cultural resource for valuing or devaluing different qualities, actions, and actors depending on their association with masculinity or femininity. It becomes critically important, then, to examine the way gender is being used to shape our understandings of the world and therefore our policy responses, highlighting the work it is doing to legitimize violence and militarism more broadly.

While it is easiest to analyze gender representations after the fact, with the luxury of time and hindsight, it is even more important to engage in this sort of critical analysis during the build-up to war, to cut through militarism’s hold on common-sense thinking. This is no easy task in real time, however, as there are strong political forces bent on marginalizing voices who counter militarist reasoning—indeed, one of the tools at their disposal is gender, specifically the feminization of any such voices as a way to discount them. (Carol Cohn noted this practice during the Cold War in her analysis of nuclear defense intellectuals, where even a man who brought up an observation challenging the hardnosed, calculating masculinity of nuclear deterrence theory was effectively silenced by “feeling like a woman”after his utterance regarding the human lives that would be lost in a particular nuclear war scenario.)

So, there are two key tasks to engage in, one long-term and one immediate, in the face of military mobilization. First, we need to valorize the qualities and identities associated with femininity—and valorize them in the political realmspecifically. Femininity can only be used as a cudgel in contexts where it is viewed negatively, so the more we dismantle the hierarchy between masculinity and femininity, the fewer resources exist for political and military leaders to mobilize gender to privilege some qualities, activities, ideas, or identities and marginalize or silence others.

Second, we need to raise questions that reveal how particular representations of gender—being produced now in speeches, in news sound bites, in op-eds by political leaders, in photos and video footage—are obscuring, depicting, and/or legitimizing violence. Right now, for instance in the stand-off between Russia and NATO, how is gender being deployed to sort people into categories (for instance, chivalrous protector/savage perpetrator/damsel in distress, to note a common breakdown) that will make war more palatable? How does this deployment direct our eyes towards or away from actual violence and the harm it creates? What assumptions does it propagate—or at least leave unquestioned—about the efficacy of violence, (perhaps) through its association with masculine rationality? How does it mobilize populations to support war? A fair amount has been written on Putin’s strategic use of “hypermasculinity,” in particular, as a way to prey on widespread Russian insecurities about lost manhood and thereby to consolidate power. His current build-up of troops on the border of Ukraine can be seen as another performance of this hypermasculinity, making it attractive for Russians to support. But NATO’s response, including its unwillingness to “back down” to Putin and acknowledge that Russia may in fact have its own security concerns related to NATO, is also characterized by a masculine bravado—afraid of appearing weak and “feminine”—that sets the course for both parties to get stuck in an escalatory spiral that will not end well for anyone, least of all the Russian and Ukrainian fighters who will bear the brunt of any military confrontation. A clear-sighted analysis of and challenge to these gender discourses that shape conflict dynamics is needed in order to open up space for new ways of understanding security—moving from zero-sum (mutual threat) conceptions of security reinforced by hypermasculinity to more inclusive conceptions that recognize that we are more secure when our opponents do not feel threatened. [MW]

Erlanger, S., & Troianovski, A. (2022). ‘There is a real risk for new armed conflict in Europe’: Nato and Russia talk frankly. The Independent, January 15. Retrieved January 17, 2022, from https://www.independent.co.uk/news/world/europe/nato-russia-ukraine-war-europe-b1992188.html