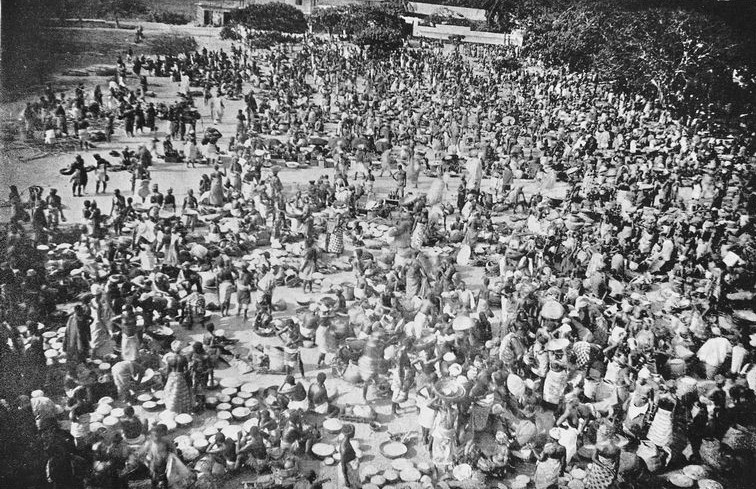 Taken together, the findings of this research remind us that gender—its role in structuring networks, political institutions, and identities—is a resource that can be tapped for violence prevention, even if how it is tapped looks different in different places. As the U.S. continues to grapple with greater levels of political violence—at protests, directed at politicians, or during and after elections—anti-violence activists must remember to use this powerful resource in their work.

​​​Gender mainstreaming in conflict prevention, while attentive to “preventing conflict-related sexual violence” and “the development of gender-sensitive early warning systems,” has previously paid inadequate attention to how ”gendered political processes” can themselves help prevent armed conflict. Building on recent research on the strategic use of traditional gender norms and structures in women’s peace activism, Paula Drumond, Elisabeth Prügl, and Maria Consolata Spano examine how women have “mobilized the force of gender and harnessed it to their ends” in the context of “women’s situation rooms” (WSRs) in West Africa, particularly Ghana, Senegal, and Nigeria. They argue that WSRs harness gender as a productive force for conflict prevention in three ways: by capitalizing on “women’s movement networks,” “the actual and perceived location of women outside formal politics,” and “the rhetorical power of African motherhood to disrupt conflict dynamics.”

WSRs, like “electoral situation rooms” (ESRs), monitor elections in real time, but they also engage in mobilization and mediation, allowing them to respond to emerging crises and violence. These three conflict prevention mechanisms structure the work of WSRs and roughly correspond to the four bodies that constitute WSRs: the pressure group, observation group, actual situation room, and contact group. The pressure group engages in mobilization by organizing diverse groups of women and youth “to advocate for peaceful and inclusive elections.” The observation group (comprised of trained observers and journalists) reports incidents to the situation room, which is a “physical watch room that hosts a hotline” and has the expertise and capacity to “document, assess and react to incidents”—these together engage in monitoring. The contact group—including “eminent women” and other trained mediators—engages in mediation, ensuring that WSRs can respond promptly to crises and “maintain dialogue between key stakeholders,” securing their commitment to resolving disputes peacefully. Through this “3-M” approach, WSRs engage most prominently in “operational”/“light” conflict prevention but also in “structural”/“deep” conflict prevention through sustained cultivation of women’s political participation and capacity-building year-round.

To develop their argument about how gender is deployed in WSRs, the authors draw on their respective field research experiences (2014-2021) in Ghana, Senegal, and Nigeria, analyzing both WSR documents and interviews with WSR participants and/or observers.

They conclude that WSRs “deploy the force of gender” for conflict prevention in three ways. First, WSRs tap into women’s local and international networks. The ability of women leaders to draw on their extensive connections within their own communities, nationally across local women’s organizations (and via their sizeable social media presence), and abroad with the UN and other international organizations means that they can secure “funding and human resources” as well as mobilize diverse groups of women “across the political spectrum” to prevent polarization and violence. Despite the involvement of elite women with international connections, WSRs have retained their grassroots, ground-up character, with many of those interviewed insisting on the key role of local women’s organizations in WSR leadership. Although these broad-based, local/global networks experience their own internal power dynamics, their very diversity is what gives them such impressive mobilizing power.

Second, despite their clear adeptness at political mobilization, WSRs leverage the perceived “non-political” and “neutral” status of women to gain legitimacy in conflict prevention efforts. This representation of women as political “outsiders” stems from their relatively low levels of participation in formal politics as compared to men in these contexts, meaning they may not have the same personal interest in electoral violence or particular electoral outcomes as politicians do, thereby allowing them to convincingly present themselves as having a pure interest in peace, untarnished by partisanship. WSRs capitalize on this perception of women as “non-political” both to heighten their monitoring function—their “mere presence… puts corrupt men on notice”—and to enhance their mediation efforts, as they can position themselves as neutral intermediaries and gain greater access to stakeholders.

Third, WSRs draw on traditional gender norms and identities—particularly the authority embedded in motherhood—to influence armed actors. African motherhood—as described and embodied by WSR and other activists—is to be understood beyond the nuclear family context on a communal/societal level, linked to pre-colonial political structures foregrounding maternal decision-making authority. Due to cultural norms related to their status as society’s mothers, older women in particular exert special authority that makes men listen to them. WSRs intentionally draw on this maternal identity in their peace work, especially in interactions with younger armed actors who see them as their “mothers” and with whom they therefore have significant influence, enabling them to “open[] up dialogue and build[] trust.” Conversely, seeing armed actors as their “sons” helps these women frame them as potential “agents of peace” not just as perpetrators, opening up possibilities for them to be involved in WSR’s youth dialogues and peace work. Maternal identity, then, provides “access to a terrain often considered dangerous and not prone to dialogue and compromise,” creating the possibility for conflict disruption.

WSR activists’ particular use of gendered networks, social/political structures, and (maternal) identity constructions to gain power, access, credibility, and authority in their work demonstrates how gender can be a “resource for… conflict prevention and conflict disruption.”

At first glance, it seems intuitive to apply the findings from this research to the U.S. context, where elections have grown increasingly contentious, imperiled, and even violent over the past several years. Is it possible that women could take on a similar role—harnessing the force of gender as they employ the “3Ms” of mobilization, monitoring, and mediation—in locales around the country to prevent violence on and surrounding election day? Perhaps—but first it is necessary to consider the questions, hesitations, and reflections that this thought experiment raises., hesitations, and reflections that this thought experiment raises.

First, ironically, in a context where women have begun to make inroads into formal politics, women may begin to lose their ability to leverage a major resource for both credibility and access in their violence prevention activities: their reputation as “non-political” or “neutral” actors. Furthermore, in the context of extreme ideological polarization in the U.S., the activist participation of women on both sides—whether fervently pro-Trump “MAGA” devotees or equally committed pro-choice or BLM activists—makes it less evident how women can capitalize on their common gender identity, mobilizing fellow women across the political spectrum, to overcome this divide. The more fundamental question here is: As women move towards political equality, how will the resources available to them for powerful activism—especially those to do with “outsider” status—change?

Second, although motherhood remains a potent identity to embrace in one’s activism, especially anti-violence activism (for instance, see here, here, and here–though notably not in the context of political violence), in the U.S., it is important to be attentive to the cultural and contextual differences between West Africa and the U.S. that influence the different meanings and norms attached to motherhood. Although there is no one, uniform U.S. cultural understanding of motherhood, and different communities and regions may differ in this regard, it could be argued that the U.S. is more centered around the so-called “nuclear family” than West Africa is, with motherhood taking on more private dimensions. For instance, in the U.S., an older woman speaking to a younger man she does not know may not command the same authority as she might in West Africa. That said, within a smaller community where the two know each other, she may. Regardless, the symbolism of motherhood is still powerful—as when mothers, especially those who have lost children to gun violence, march at local or national gun safety or anti-violence rallies—and activists can no doubt think creatively about how the particular norms and values surrounding maternal identity in various U.S. contexts can be deployed strategically for violence prevention.

Finally, as noted in this research, mobilizing maternal identity is significant not only for the way it confers authority on women activists in West Africa but also for the way it shapes how these activists see and interact with the (mostly) young men who may be involved in violence. Seeing and treating them as wayward “sons” who need to find their way back to the community—rather than as irretrievable perpetrators or criminals who can only be stopped with further violence—can transform the way a community or country responds to election-related or other violence. Violence prevention actors in the U.S. context (whether those adopting a maternal identity or not) can benefit from this approach to armed actors that sees them as human beings with life histories and (perhaps unmet) human needs, as it broadens the repertoire of actions available for violence prevention. (See, for instance, the work of Life After Hate or Parallel Networks.)

Taken together, the findings of this research remind us that gender—its role in structuring networks, political institutions, and identities—is a resource that can be tapped for violence prevention, even if how it is tapped looks different in different places. As the United States continues to grapple with greater levels of political violence—at protests, directed at politicians, or during and after elections—anti-violence activists must remember to use this powerful resource in their work. How is gender operating in this particular context? What are the gender norms that underpin political engagement and exclusion and what attributes are therefore associated with each gender? How are professional, social, and activist networks gendered? What identities—including gendered identities—are particularly salient or protected or powerful for particular audiences and communities? The analysis that emerges from considering these questions can then inform violence prevention efforts that use gender strategically. [MW]

Kleinfeld, R. (2021, October). The rise of political violence in the United States. Journal of Democracy, 32(4), 160-176. https://www.journalofdemocracy.org/articles/the-rise-of-political-violence-in-the-united-states/