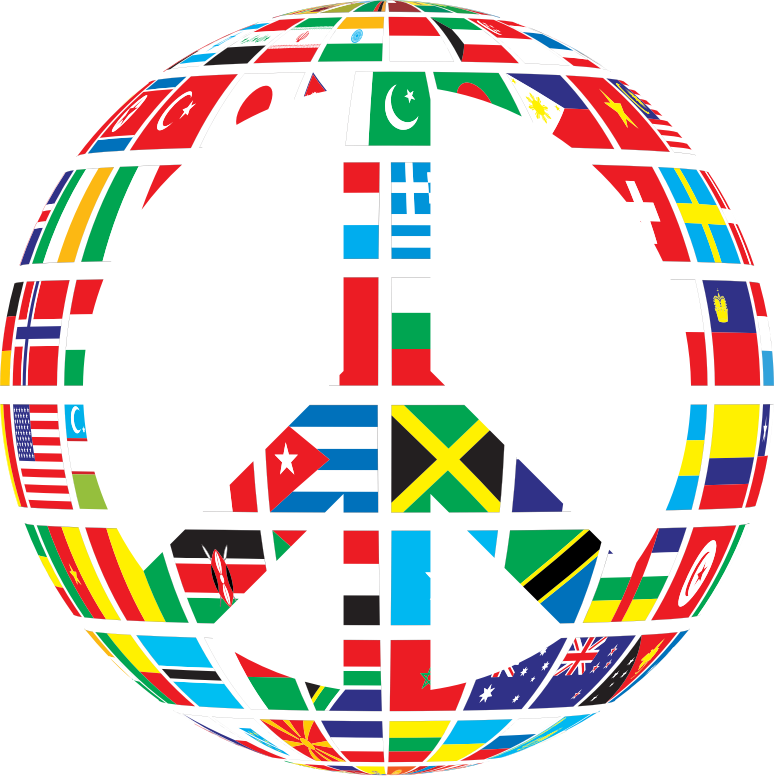 “A world without war” is commonly considered to be wishful thinking on the part of those too naïve to understand that it is impossible to eliminate war. War, along with its acceptance as an inevitable element of the human experience, is rarely questioned. In this study, anthropologist Douglas Fry and colleagues build on his earlier work debunking the notion of war as inevitable and part of human nature by systematically comparing peace systems to other types of social systems. The researchers suggest that an understanding of peace systems holds implications for “promoting positive, cooperative inter-societal relationships in a variety of other social contexts, including within regional and global spheres.” The central goal of the study was to “explore how societies operating with non-warring peace systems sustain peace.”

The comparison is built around a set of hypothesized variables that are peace- and war-promoting respectively (see Table 1). Based on anthropological and historical sources, the authors identified 16 well-documented peace systems and 30 randomly selected non-peace systems worldwide, involving units ranging from tribes to nation states. They then assessed the extent to which the hypothesized variables were present in each of the peace or non-peace systems examined, based on a bibliography of cultural sources for peace systems and ethnographic material from the Standard Cross-Cultural Sample (SCCS) for non-peace systems. Lastly, the data was entered into a numerical database for statistical examination.

The first major finding was that the eight hypothesized peace-related variables had significant positive correlations among themselves (variables moved in tandem with each other) but negative correlations to war-related variables (one variable increased as the other decreased). War-related variables, with the partial exception of ethnocentrism (the belief in the superiority of one’s own group), also had positive correlations among themselves. A further major finding concerned the relative importance of variables. Non-warring norms, followed by non-warring rituals, non-warring values, and security interdependence, had the greatest relative importance in peace systems. The overall findings suggest that the hypothesized peace variables are stronger in peace systems than in the randomly selected comparative social systems. The difference between these social systems suggests that there are indeed recurring features that contribute to peaceful relationships among societies.

The authors draw four main provisional observations from their data. First, the sense of overarching identity develops over time and therefore is considered a maintaining feature but not an early driver of peace systems (e.g., it took time for the overarching Italian or U.S. identities to emerge following the unification and founding of these respective countries). Second, “security interdependence often drives historical transformations toward unity, cooperation and peace” (e.g., external threats forged formerly independent cantons into the country of Switzerland). Third, visionary peace-focused leadership might give an initial impetus to the development of a peace system (e.g., Deganawidah of the Iroquois “advocated a new vision with peace and unity at its core and voiced the explicit goal of replacing chronic warfare with a confederation, the League of Peace”). Fourth, economic relationships and interdependencies exist to a greater degree in peace systems than in non-peace systems (e.g., the economies of the European countries were purposively integrated into what is now the European Union).

Lastly, the authors raise three policy implications. First, given that multiple factors and dynamics contribute to the creation and maintenance of a peace system, multi-pronged approaches are more effective than the reliance on a single path toward peace. Second, given their assessed high level of significance to peace systems, non-warring norms should be prioritized in the development of peaceful societies. This might stand in contrast to presumptions about the importance of material factors. Third, there should be a focus on both important and changeable peace-related factors. A positive history of good relationship cannot be changed but nonetheless is moderately important. Such relationships, however, can be augmented, for example, through economic integration.

This study suggests that peaceful interaction among societies is valuable not only in and of itself but also because it has the potential to advance the global collaboration necessary to address global challenges such as pandemics, the loss of species, climate change, and nuclear proliferation.

Historian Kent Shifferd (2011) aptly stated: “Almost nobody wants war, almost everyone supports it. Why?” The answer for those of us dedicating our lives to building sustainable peace is that there is a lack of awareness about practical alternatives to war—nonviolent methods (backed by evidence) for protecting communities from threats and meeting societal needs. Furthermore, a genuine aspiration for peaceful societies and a peaceful world does not fit the dominant paradigm, especially in highly militaristic societies such as the United States, where war is considered an undesirable but nonetheless effective, necessary, and inevitable part of human nature.

This study provides an antidote to the view that talk about a peaceful world belongs to the hopelessly naïve who have no grounding in reality. To the contrary, this study is a remarkable contribution in that it highlights evidence for what sustains peace, namely key features present in peace systems, in direct contrast to what sustains war. The article builds on the evidence that humans have indeed successfully created peace systems at different times, at different levels of social organization (regional to global), by identifying recurring features that contribute to such systems. Perhaps the most obvious takeaway is the least openly articulated: that there is evidence for peace grounded in the study of peaceful societies. Or put differently: “Peace is possible.”

The systematic scientific exploration of peace systems demonstrates that there is a real alternative to the militarism paradigm. In militarism we are confronted with a complex package of normalized and dominating ideas and attitudes prioritizing war and preparation for war across social sectors—in national identity, language, education, media, gender and race relations, civilian policing, the economy, and public policy. The peace system framework, in contrast, offers alternatives that are clearly identifiable yet complex enough to form the basis of a new paradigm. Peace practitioners must take the lessons from peace systems seriously when they try to build sustainable peace.

The peacebuilding community is constantly trying to improve its practices by examining what works and what the conditions for sustainable peace are. Many peacebuilding approaches recognized as effective are developed and implemented as responses to political conflict. This is part of what the members of the Sustaining Peace Project at the Advanced Consortium on Cooperation, Conflict, and Complexity (AC4) call the obstacle of fear, namely that peacebuilding is mainly studied in the context of war. Instead, through a serious examination of peace systems, practitioners can benefit from the insights of this study by integrating the peace-related variables into their approaches. Peace-related variables that are present in a given social context can be highlighted and reinforced. Peace-related variables that are absent can be pursued and built. Moreover, peacebuilders can leverage the systemic nature of the variables as the study demonstrated. The significant positive correlations between the peace-related variables—how they move in tandem with one another—suggest that peace must be built through multiple dynamic factors rather than through one-off simplistic “solutions.”

Lastly, humans are facing major global threats such as climate change, environmental degradation, the loss of biodiversity, food insecurity, the existence of nuclear weapons, and pandemics. But although these are rightfully deemed security threats, we know that constituting something as a matter of “security” often brings with it militarized responses. What do peace systems mean for the demilitarizing of security? In contrast to dominant security practices that favor militarized approaches to political conflict, the interrelated peace variables lead us to a shared security paradigm. Existential threats to human survival on the planet must be met within a global peace system paradigm that recognizes the interconnectedness of these threats, the interdependence of the human community, and the need to leverage an overarching human identity to address them collaboratively. This study has done nothing less than provide the evidence for the reality of sustainable peace. [PH]

Aumeerally, N., Chen-Carrel, A., & Coleman, P. T. (n.d.). What does it take to live in peace? A report on lessons from Mauritius (Sustaining Peace Project). Advanced Consortium on Cooperation, Conflict, and Complexity, Earth Institute, Columbia University; University of Mauritius. Retrieved on March 31, 2021, fromhttps://ac4.earth.columbia.edu/sites/default/files/content/Mauritius%20Report%20%281%29.pdf

Dag Hammarskjöld Foundation, the Global Partnership for the Prevention of Armed Conflict, Peace Direct, and the Peacebuilding Support Office in the United Nations Department of Political and Peacebuilding Affairs. (2020). Reflecting on Peacebuilding and Sustaining Peace. Retrieved on March 31, 2021, from  https://www.peacedirect.org/us/publications/reflecting-on-peacebuilding-and-sustaining-peace/

Romano, A. (2021, January 16). Martin Luther King’s vision of an interconnected world is more relevant than ever. Waging Nonviolence. Retrieved on March 31, 2021, from https://wagingnonviolence.org/2021/01/martin-luther-king-world-house/

Shifferd, K. (2011). From war to peace: A guide to the next hundred years. Jefferson: McFarland.

The Sustaining Peace Project of the Advanced Consortium on Cooperation, Conflict, and Complexity at the Earth Institute of Columbia University: https://ac4.earth.columbia.edu/content/sustaining-peace-project