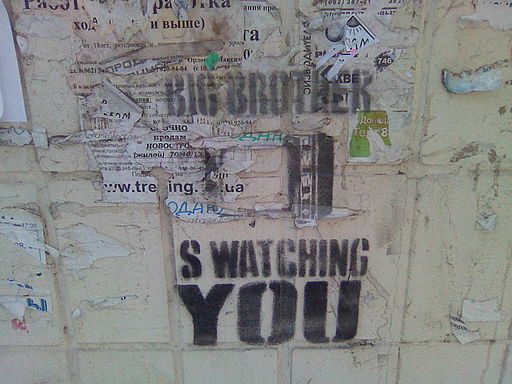 This analysis is the forth of a four-part series commemorating the 20th anniversary of September 11, 2001. In highlighting recent academic work on the disastrous consequences of the U.S. wars in Iraq and Afghanistan and the Global War on Terror (GWOT) more broadly, we intend for this series to spark a critical re-thinking of the U.S. response to terrorism and to open dialogue on available nonviolent alternatives to war and political violence.

In the context of the United States:

In the early 2010s, Countering Violent Extremism (CVE) emerged as a less militarized counterterrorism framework focused on prevention to replace the Global War on Terror (GWOT). In the same period, the notion of “extremism” was increasingly used to describe protests such as those against police brutality and racial injustice in the United States. Manuela Trindade Viana and Pedro Paulo dos Santos da Silva explore how the reframing of terrorism as violent extremism led to the management of dissidence both inside and outside the U.S. They conduct a discourse analysis of the “problem of extremism”—both its conceptual development and its broader implications.

Before examining the impact of GWOT and CVE discourse, the authors look at how the institutional counterterrorism architecture evolved along a domestic and foreign division. When terrorism became relevant to the U.S. government agenda in the 1970s, articulations and rearticulations of the “problem” as a transnational phenomenon began—and, with that, the related production of knowledge, institutions, and experts. Terrorism was problematized in a way that required the response of security agencies and the expertise of security professionals. They, in turn, determined what knowledge around terrorism was legitimate, what the debates were, and how the “problem” was to be addressed. What was framed as a security problem then was in fact a political problem, and counterterrorist measures that appeared technical were also political. The fight against terrorism was often diagnosed in terms of failures. These were mainly expressed through critiques of its extreme militarized character but also of its lack of coordination among domestic- and foreign-focused institutions, which further expanded despite the noted failures. In the shift that took place from the “problem of terrorism” to the “problem of extremism,” the latter was problematized as a form of violence threatening U.S. security at home and abroad.

With the emergence of the CVE discourse, which represents CVE as a way to address the problem of terrorism, the door was opened to de-radicalization strategies “focused on marginalized communities as the most vulnerable to recruitment by terrorist groups.” “Islamic radicalism” in the Global South became the center of CVE efforts with established target communities, development projects, and governance prescriptions, even though the institutions involved made efforts to avoid explicit reference to singling out those communities. This same rationale was carried into the domestic space. Protests against police brutality under the broad umbrella of Black Lives Matter were “framed as threatening law enforcement personnel and inscribed as a form of ‘black extremism’.” In FBI communication, “black identity extremism” (BIE) was associated with violence and crime, was delegitimized for merely dealing with the perception of racism (thus questioning the truthfulness of the claims regarding police violence), and was connected to intensified protest. “Black extremism” was articulated as a major domestic threat, thereby producing an “industry of suspects” and mobilizing the agency strategies articulated in the CVE discourse in response. Issues around policing and institutional racism as articulated by the protesters under the Black Lives Matter umbrella were no longer understood as the core problem by U.S. security agencies—their activist response to those issues was.

The turn from the GWOT to CVE, with its focus on prevention, broadened the monitoring mandate of security agencies. The broadening to the “whole of society” also enabled security organizations to apply tactics based on the assumption that anyone (but mostly the most traditionally marginalized) can be a potential “terrorist” or “extremist,” thereby justifying surveillance, intelligence gathering, and other civil rights violations of so-called suspects. Moreover, the “whole of society” approach challenged social movements’ political nature by disciplining dissidence without having to engage with its political content. The authors conclude that this development of the CVE discourse“invites us to think about the security practices we authorize in the name of civil liberties, as well as the surveillance we internalise,” suggesting that we turn things around and problematize the whole idea of “counter-extremism.”

The article has shown how the militarized Global War on Terror (GWOT) morphed into the Countering Violent Extremism (CVE) framework. Due to the GWOT’s undeniable focus on military solutions, it was easy for organizations in the peace and security community to sooner or later recognize the counterproductiveness of the GWOT and ultimately reject it. CVE was ushered in by the Obama administration and internationally labeled Preventing Violent Extremism (PVE) by the European Union and the United Nations. As a result, the framework was much easier to embrace by a professional sector concerned with peace and security and those within the community who had become weary of an unwinnable war against hard-to-define terrorism and its actors. CVE, however, is inherently flawed. According the Brennan Center for Justice, negative impacts are ensured by the stigmatization of target communities, particularly Muslims or individuals of Arab descent but also other BIPOC, and the securitized and intelligence practices that come with it.

Consequently, this study reminds the peace and security field to critically examine the discursive context within which CVE operates. In addition to the stigmatization of “Islamic radicalism” and “black extremism,” as discussed in this study, the “whole of society” approach to CVE has significant impact on the field. We can observe the closing of space for civil society, notable for example in the manner in which the state manages protest/dissidence via a security lens. When “bad” approaches like the GWOT are replaced with “good” approaches like CVE, we must critically examine the processes, the actors, and the institutions involved in such a transition. This examination might lead to walking a fine line between utilizing the CVE discourse to be heard and relevant, while at the same time rejecting CVE as an inherently flawed approach toward authentic security for all, especially traditionally marginalized groups, including various BIPOC communities. In this balancing act, therefore, the peace and security community must center the voices and needs of those groups who have been negatively impacted.

Our upcoming special issue of the Peace Science Digest addresses the risks of complicity with a discriminatory CVE framework and draws out clear alternatives to a militarized approach. [PH]

How can the peace and security community walk the fine line between relevancy (i.e., using the CVE framework in its programming) and complicity (i.e., uncritically buying into CVE as the “good” replacement for the GWOT)?

Green, D. (2019, February 14). Closing civic space: Trends, drivers and what donors can do about it. FP2P. Retrieved September 28, 2021, from https://oxfamapps.org/fp2p/closing-civic-space-trends-drivers-and-what-donors-can-do-about-it/