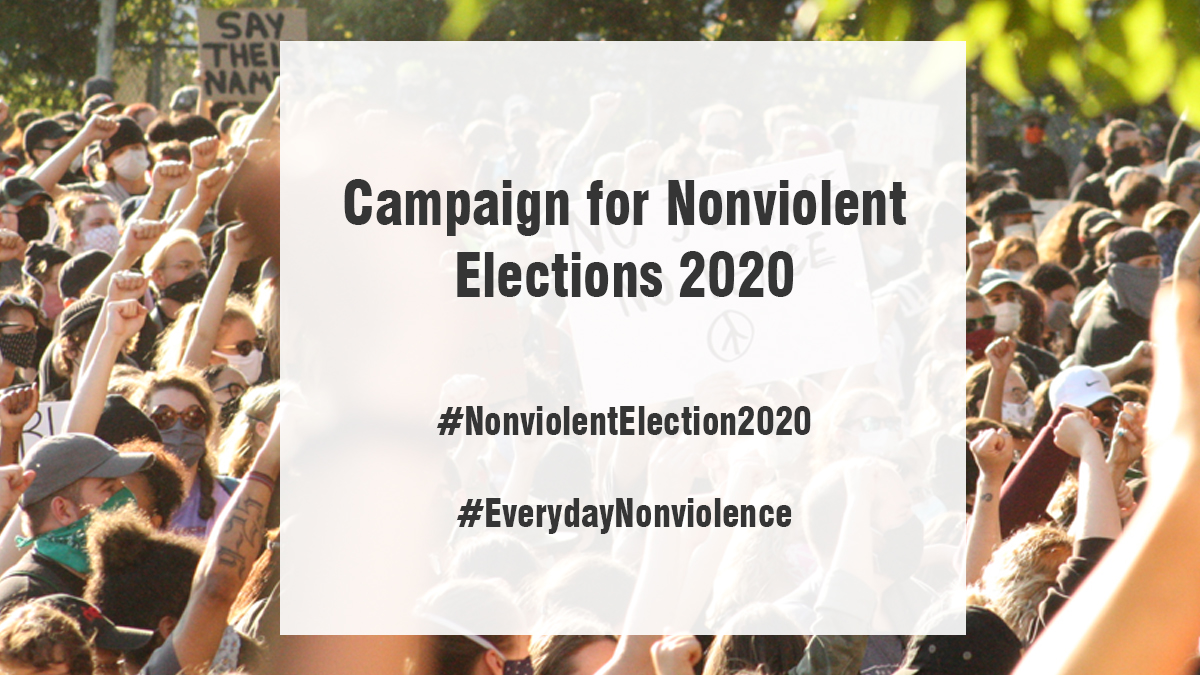 The War Prevention Initiative is supportive of the Commitment to Uphold Democracy articulated in the Hold the Line Guide and the TRUST Network’s goal to prevent and mitigate violence stimulated by electoral politics and underlying social issues – before the 2020 elections, during the vote, and in the aftermath.

In order to spread awareness about diverse methods of nonviolent action that contribute to the prevention of violence and the defense of democracy, we have launched a social media campaign for Nonviolent Elections 2020 on Monday, October 26th. Protest, marches, and other highly visible public demonstrations are the most prominent forms of nonviolent action. We support these efforts and remain inspired by the commitment to nonviolence demonstrated by Black Lives Matter protesters.

However, participating in public protest is not desirable or feasible to all. There are over 200 additional forms of nonviolent action (also: “civil resistance”) that have been used by social and protest movements in the U.S. and around the world. These different forms of nonviolent action open space for those who may be unable to be physically present at a protest and demonstrate the wide variety of action for social change.

We have selected key categories of nonviolent action from the Global Nonviolent Action Database hosted by Swarthmore College. We have chosen to highlight actions that are cross-sectoral, cognizant of the risk factors associated with COVID-19 transmission, and can be employed rapidly and strategically.

Over a period of six weeks, we will highlight these types of actions, as well as those were protests triggered responses for nonviolent change, with examples from movements in the U.S. and abroad and how they could be used in the current context over our Twitter and Facebook profiles. We don’t condone any specific campaigns or causes highlighted in this campaign, but want to show examples that best convey the tactic being used.

We ask you to join this campaign by sharing, retweeting, and amplifying our message over your personal and professional networks.

Please let us know how we can connect to amplify our respective efforts to defend democracy and prevent violence.