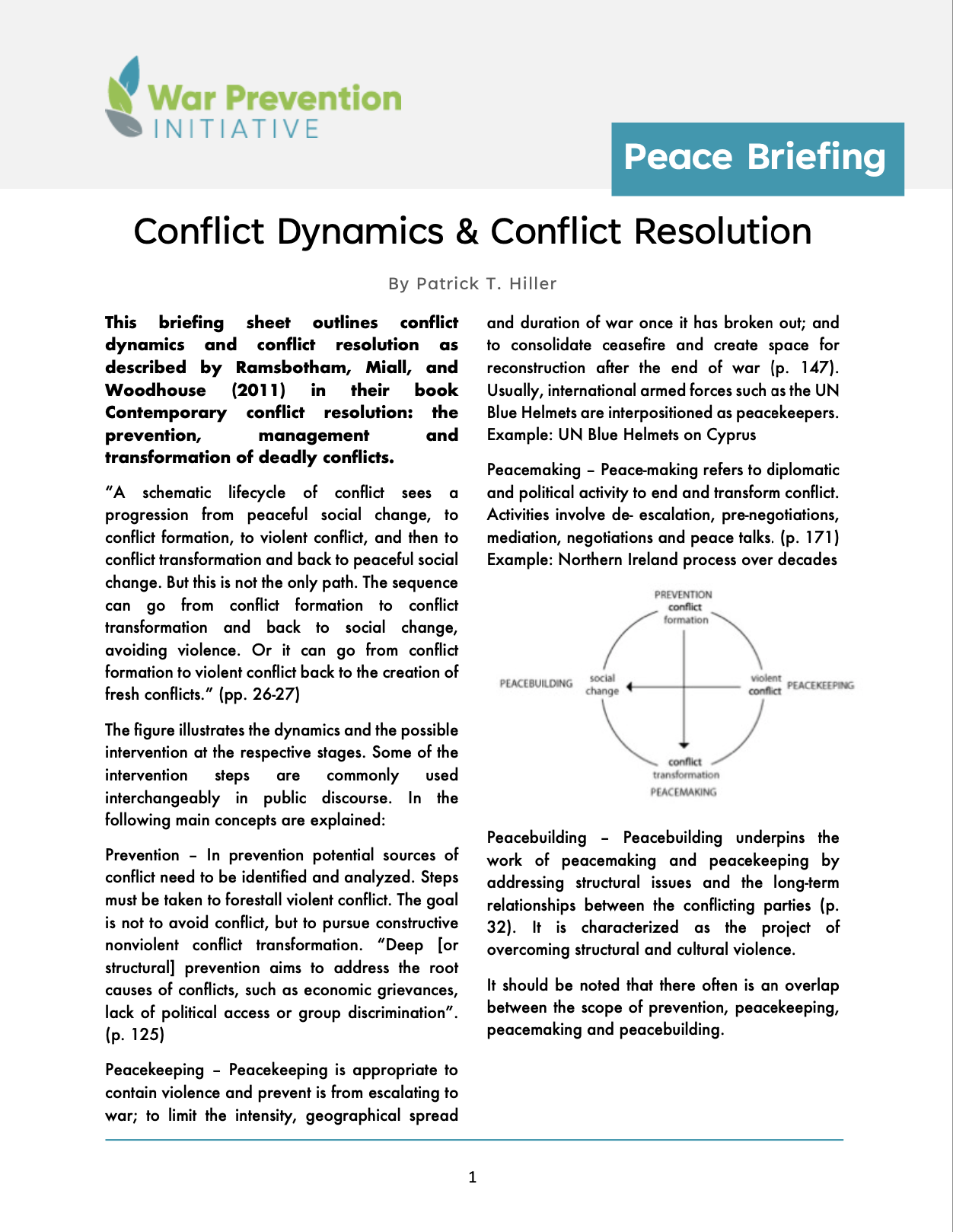 Some of the intervention steps are commonly used interchangeably in public discourse. In the following main concepts are explained:

Prevention – In prevention potential sources of conflict need to be identified and analyzed. Steps must be taken to forestall violent conflict. The goal is not to avoid conflict, but to pursue constructive nonviolent conflict transformation. “Deep [or structural] prevention aims to address the root causes of conflicts, such as economic grievances, lack of political access or group discrimination”. (p. 125)

Peacekeeping – Peacekeeping is appropriate to contain violence and prevent is from escalating to war; to limit the intensity, geographical spread and duration of war once it has broken out; and to consolidate ceasefire and create space for reconstruction after the end of war (p. 147). Usually, international armed forces such as the UN Blue Helmets are interpositioned as peacekeepers. Example: UN Blue Helmets on Cyprus

Peacebuilding – Peacebuilding underpins the work of peacemaking and peacekeeping by addressing structural issues and the long-term relationships between the conflicting parties (p. 32). It is characterized as the project of overcoming structural and cultural violence.

It should be noted that there often is an overlap between the scope of prevention, peacekeeping, peacemaking and peacebuilding.