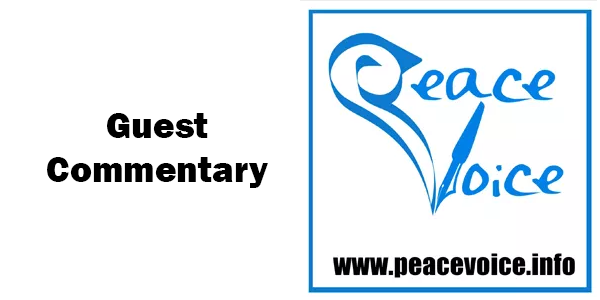 “Social distancing” (or maybe more properly “appropriate physical spacing”) is something people everywhere need to practice in the near term to get through the Covid-19 crisis. And it likely won’t be the last time, unfortunately, that a pandemic threatens us.

But in a broader sense, isn’t “social distancing” a serious, endemic problem? We’re too “distant” from most people other than family and close friends, in terms of understanding, respect, solidarity and empathy. (We’re also too distant from other species and our natural world, our Mother Earth.) The dominant culture “others” people of different skin colors, countries, religions, classes, sexual orientations, gender identifications and other characteristics that strengthen, rather than divide, the human family. Let’s get through this crisis, and then let’s decrease the distance between us, let’s overcome the walls we erect between us.

While this certainly applies to domestic tranquility, it also can guide the way to positive, badly needed changes in US foreign and military policy.

Last week, the US engaged in tit for tat bombing against Iranian-backed militia in Iraq, in retaliation for the killing of two US soldiers and one British soldier by said militia, which was likely retaliation for the US assassination of Iranian military leader Qasem Soleimani, which was likely retaliation for…and ad nauseam. Apparently, while there are conflicting reports, the strikes also killed Iraqi three Iraqi soldiers, two police officers and a civilian worker, and hit a civilian airport. So, the US is the latest to kill in this fool’s game, setting it up for the Iranian deadly response.

How is this endless cycle of violence promoting US or regional security? Similar strikes nearly led to the outbreak of war with Iran just two months ago, and a region already in constant turmoil, largely due to US militaristic misadventures, can ill afford more.

Nor can we. Nobody ever asks, but what did these military strikes cost, and how will we pay for them? Surely the price tag is a pittance compared to the 6.4 trillion dollars the US has squandered in Iraq and Afghanistan over the last few decades, for no good outcome considering many if not most Iraqis want us gone, and as we try to construct a fragile peace in Afghanistan.

How badly does it have to be bungled, after all, to cause Iraqi feelings of nostalgia for Saddam? How inept does it get to make the Taliban popular in parts of Afghanistan and also make the Afghans deeply and angrily distrust and reject the deal between Trump and the Taliban?

The US and South Korea wisely postponed huge military drills, originally scheduled to begin later this month, out of Covid-19 concerns. Postponement is good, but cancellation would be better, and might help spur a revival of peace talks with North Korea, as even President Trump has acknowledged the war exercises are expensive and provocative. Just this week, the Pentagon announced a curtailment of the largest military exercises in Europe in a generation, and again, cancellation would be better. Russia certainly knows how fearsome the US/NATO military alliance is, we don’t need to demonstrate it at huge economic, human and environmental costs.

As the world faces the frightening Covid-19 pandemic, we need global cooperation, not military escalation. Resources wasted on continuous, fruitless military conflict are desperately needed for human health, in the US and globally.

US economic sanctions are exacerbating the severe Covid-19 crisis in Iran, which is just cruel and likely a crime against humanity, again serving no legitimate US or regional security objective. Presidents George W. Bush and Barack Obama eased US economic sanctions and restrictions on humanitarian aid to Iran following devastating earthquakes there in 2003 and 2012. In the current situation, President Trump (who foolishly ended US participation in the multilateral, highly effective Iran anti-nuclear agreement and then threatened to commit war crimes) should do the same, to help Iran’s medical system address the crisis. Perhaps we could learn from Iran’s experience, as pandemics know no borders, and different countries may have relative strengths or successes we can all learn from.

Let’s get all US troops out of Iraq and Afghanistan, make peace with Iran, and address the real threats to human security like pandemics and the climate crisis. More war is never a good answer, and it makes even less sense at this time.