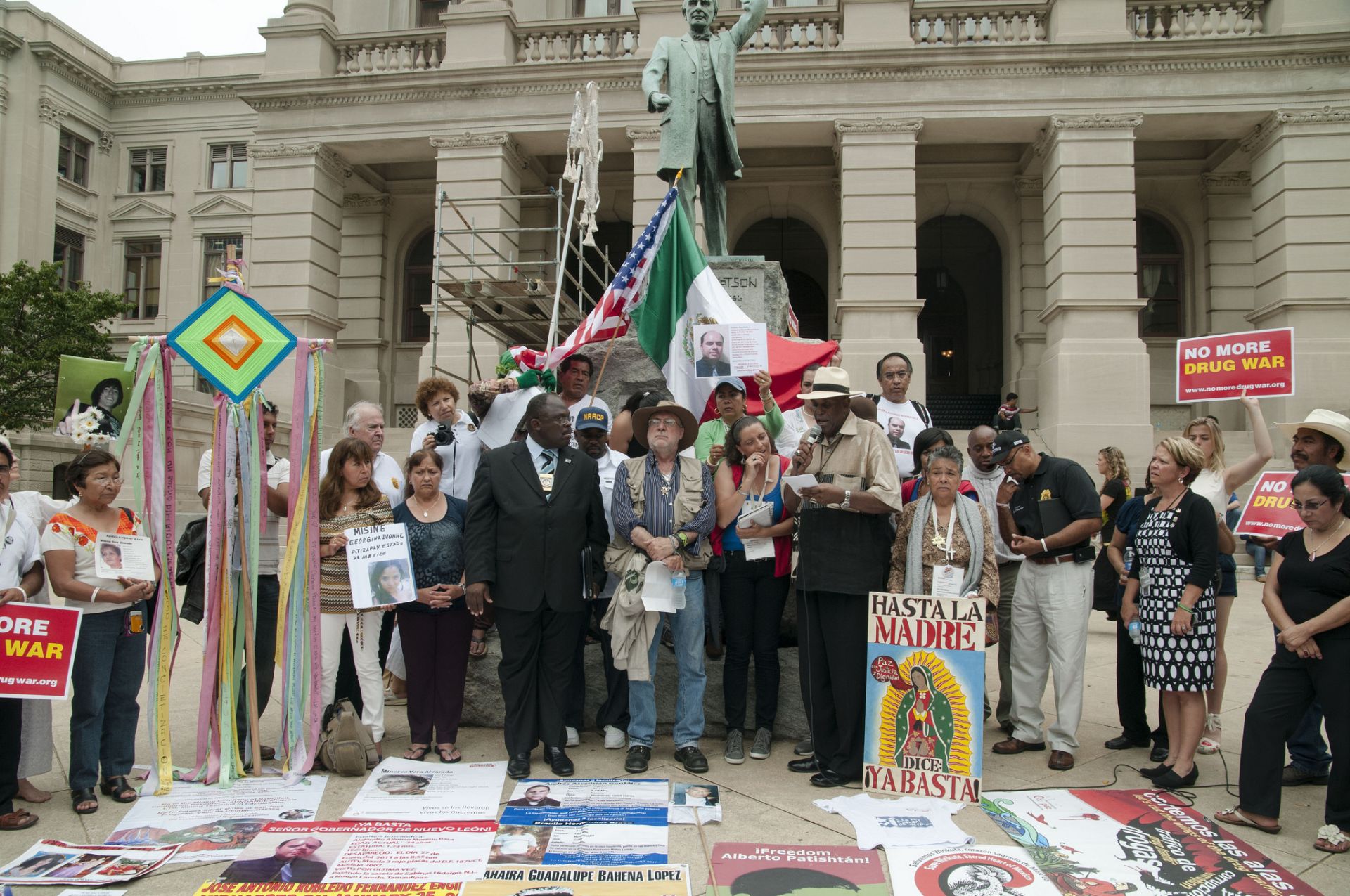 A new, citizen-driven nonviolent reality is emerging in the escalated war on drugs in Mexico. The international perception of present-day Mexico is one of disgust about the escalated violence, thousands of fatalities, mass graves and militarized approaches to fight the powerful drug cartels.

Approximately 40,000 people have lost their lives since Mexican President Felipe Calderon declared the war on drugs in 2006. That is slightly less than the population of Dekalb, Illinois. For a nation with which we are so intrinsically linked it seems rather significant. In fact, we can speak about a social catastrophe.

When it comes to our role in the violent escalation in our neighboring nation, it seems like we are consciously avoiding confronting some important aspects of what is going on. First, the United States is the largest consumer of drugs produced in Mexico or smuggled along the routes where the cartels fight bloody territorial battles. Second, a perverted historical and present system of arms distribution through official and illegal channels allows authorities and criminals in Mexico to engage in an open-ended spiral of violence.

The U.S. government and businesses directly support all parties in Mexico drug war. U.S. military aid to the Mexican government is a weak yet not surprising answer to a bi-national social problem. The obvious concentration of gun shops in the Southwestern United States border regions and the high-power rifles sold there certainly do not reflect the so highly valued Second Amendment of our constitution. In fact, the U.S. Bureau of Alcohol, Tobacco and Firearms emphasized the need to monitor U.S. guns stores and their role in providing weapons to the cartels. Finally, the United States’ role in laundering the profits of drug business is just another indicator for the utterly unethical conduct of many U.S. banks. How can we as citizens not see our role in the social catastrophe happening in Mexico?

The escalation of Mexico war on drugs is blurry. Corruption, fear and greed make it impossible to identify good and bad, and more and more innocents are caught in the crossfire. An independent research group called Equipo Bourbaki conducted a thorough investigation with the title “The Human Costs of the War through the Construction of the Drug Trafficking Monopoly in Mexico” (http://equipobourbaki.blogspot.com/). Among the many notable results, two findings stood out. First, organized crime and the government are highly interpenetrated on all levels. Second, governmental repression is directed more towards society than toward organized crime.

In recent weeks, however, a new escalation has been taking place – that of Mexican citizens sending the clear message of “Estamos hasta la madre” or “We are fed up”

Rank and file citizens – and finally the previously silent middle class – are mobilizing. They are mobilizing nonviolently from the bottom because the top-down approaches of fighting violence with violence are failing. They began by giving names to the 40,000 often unknown victims whose names were reduced to statistics. They took back the streets nonviolently when approximately 500 citizens did a four-day march from Cuernavaca to Mexico City where more than 90,000 people joined in solidarity. Shouldn’t that get our attention?

More than ever it is now time for us to look south to be inspired but also to see how we can change our role to transform the drug debacle in Mexico. From June 4-10 a citizen caravan will travel through Mexico to maintain the mobilization and demonstrate the citizens’ indignation with the existing impunity, violence, militarization and brutal public life in the nation. At the caravan’s final destination in Ciudad Juarez, the epicenter of violence in Mexico, broad groups of different civil sectors will convene to sign a social pact. The demands to be signed are basic: truth and justice; end the war strategy to one of citizen safety; fight corruption and impunity; battle the economic roots and profits of crime; focus on the youth and create effective actions to restore the social fabric; enable participant democracy and democratization of mass media.

We should look south when the citizens of our neighboring nation are trying to re-create their social fabric. It is time to look at Mexico without thinking of illegal immigrants, border security, drugs and violence but of a nation with citizens who share the same fundamental needs. Even more so, once we understand that the United States is not only enabling but fueling the absurd and useless war on drugs. We don’t know what the outcome of the mobilization will be. We do know, however, that we do well to support the nonviolent mobilization of our neighbors, listen to them, and learn what we can do.

By convening at the border in Juarez, Mexican civil society is rightfully bringing their problems to our doorstep. Our government should seize this unique opportunity to change its own course of supporting militarization and allowing the flow of weaponry into Mexico. It also should seize the opportunity to stand with the Mexican people – just like it did in the Arab Spring with Tunisians and Egyptians – to pressure the government to change their course and set the priorities right for the people. Let’s be good neighbors and not inconvenient neighbors as poet and journalist Javier Sicilia depicts the United States’ role.