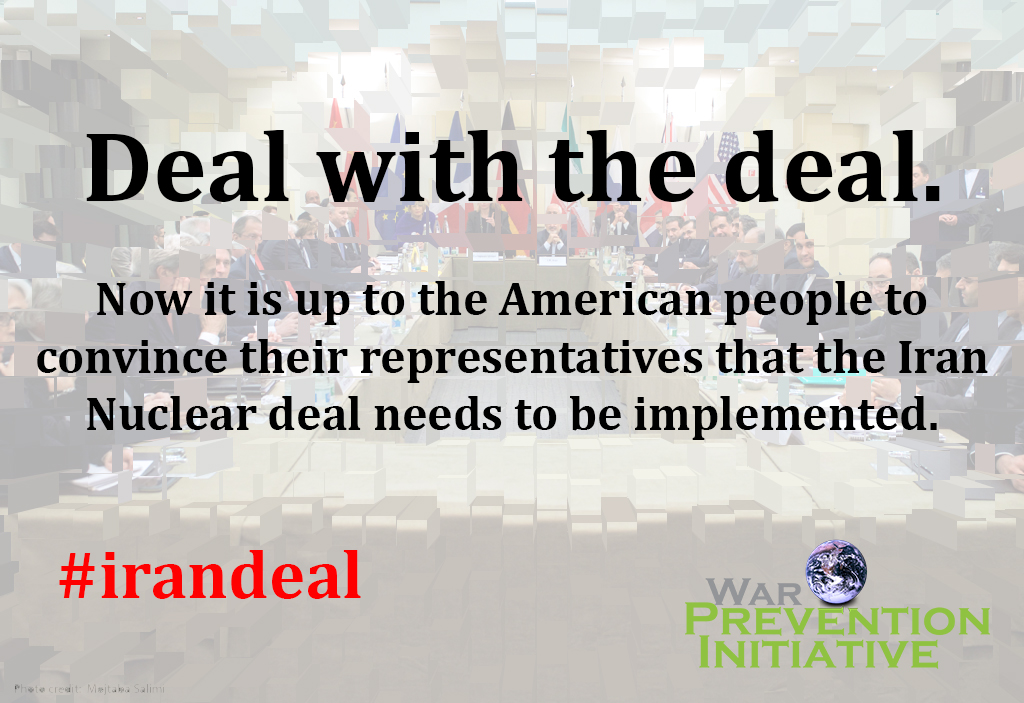 The day the historic nuclear deal between Iran and the United States, the United Kingdom, Russia, China, France and Germany (P5+1) was reached, President Obama declared that “the world can do remarkable things when we share a vision of peacefully addressing conflicts.” At the same time, Iranian Minister of Foreign Affairs Javad Zarif expressed his appreciation of a “process in order to reach a win-win solution … and open new horizons for dealing with serious problems that affect our international community.”

I am a Peace Scientist. I study the causes of war and conditions for peace. In my field we provide evidence-based alternatives to war using language such as “peacefully addressing conflicts” and “win-win solutions.” Today is a good day, since this deal creates the conditions for peace and is the most effective way for all involved to move forward.

The nuclear deal is an achievement in global nuclear nonproliferation. Iran has always insisted it was not pursuing nuclear weapons. This claim has been supported by former CIA analyst and Middle East specialist for the U.S. State Department, Flynt Leverett, who is among those experts who do not believe Iran was seeking to build nuclear weapons. Nevertheless, the framework of the deal should address the concerns of those fearing a nuclear armed Iran. In fact, this deal possibly prevented a nuclear arms race in the entire Middle East.

The relief of sanctions will allow for normalization of political, social and economic interactions. Trade relationships, for example, will make violent conflict less likely. Just look at the European Union, which originated out of a trade community. The current crisis with Greece shows that there certainly is conflict among its members, but it is unimaginable that they will go to war with each other.

Like most negotiated agreements, this deal will open pathways beyond nuclear nonproliferation and sanctions relief. We can expect more cooperation, improved relationships and lasting agreements between the P5+1 and Iran, as well as with other regional and global actors. This is of particular importance when dealing with complex issues around Syria, Iraq, ISIS, Yemen, oil, or the Israeli-Palestinian conflict.

Critics of this deal are already active in trying to derail it. This is not the expected “quick fix” that an illusory swift military intervention would have been. That’s good, since there is no quick fix for countries who have been at odds for more than three decades. This is a constructive path forward which can ultimately restore relationships. As Obama is well aware, it could take years to pay off and nobody expects the process to be without challenges. Here is where the power of negotiation comes into play again. When parties reach agreements in certain areas, they are more likely to overcome obstacles in other areas. Agreements tend to lead to more agreements.

Another common point of critique is that the outcomes of the negotiated settlements are unclear. That’s correct. In negotiation, however, the means are certain and unlike war they do not come with the unacceptable human, social, and economic costs. There is no guarantee that the parties will uphold their commitments, that issues may need to be re-negotiated, or that the directions of the negotiations will change. This uncertainty is not true for war, where human casualties and suffering are guaranteed and cannot be undone.

This deal can be a turning point in history where global leaders recognized that global collaboration, constructive conflict transformation, and social change outweigh war and violence. A more constructive U.S. foreign policy will engage with Iran without the threat of war. However, public support is crucial, as there still is a sizeable contingent of congressional members stuck in the dysfunctional military solution paradigm. Now it is up to the American people to convince their representatives that this deal needs to be implemented. We cannot afford more wars and their guaranteed failures.